As Peter Dawkins mentions in his video presentation about the birth of the Gatekeeper Trust, it is important to have a vision if we are to know where we are going and in order to progress consciously and to flourish in our purpose. This applies at all levels of existence – whether it be for a short period of connection with the landscape, on our personal path of development or in an organisation such as the Gatekeeper Trust (and at yet higher levels of course).

Back in 2011, Gatekeeper had been in existence for around 30 years, during which time, under the visionary guidance and care of Peter and Sarah Dawkins and a number of other key participants, the Trust had been fulfilling a singular role in ‘midwifing the birth of the New Age’ as Peter describes it. This was during a key period of transition for the world into the Aquarian age, from the 1980s to the 2020s – broadly centred on the alignment of the winter solstice sunrise with the galactic centre on 31st December 2012. 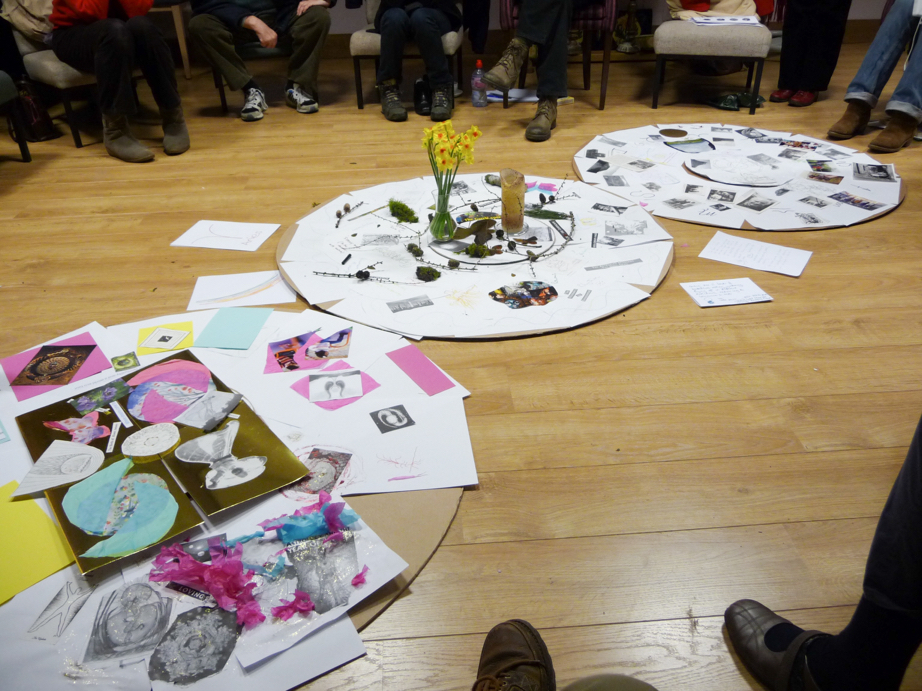 There came a time when Peter and Sarah felt it appropriate to step back a little and hand over the reins of Gatekeeper to others, and sometime later the trustees felt the need to reflect on and revitalise Gatekeeper’s vision for the future. And so it was that, in February 2011 we called together a ‘re-visioning’ weekend at the beautiful Purley Chase retreat centre in Atherstone (‘Arthur’s Stone’), close to High Cross - at the crossing point of two important Roman roads - Watling Street and the Fosse Way.

It was a fine gathering of Gatekeeper stalwarts including trustees and current and former active members and Elders. And the process was inspirational. Peter spoke initially about the birth and purpose of the Gatekeeper Trust, after which we reflected on Gatekeeper’s origin and past existence, its present embodiment and its future possibilities. To express and focus our thoughts and feelings, under the expert
guidance of Charlotte Yonge, we used three large cardboard circles or ‘flowers’ representing past, present and future and pasted onto these our memories and current experiences of people and places, events,
sacred landscapes and temples, and our hopes and possibilities for future growth. 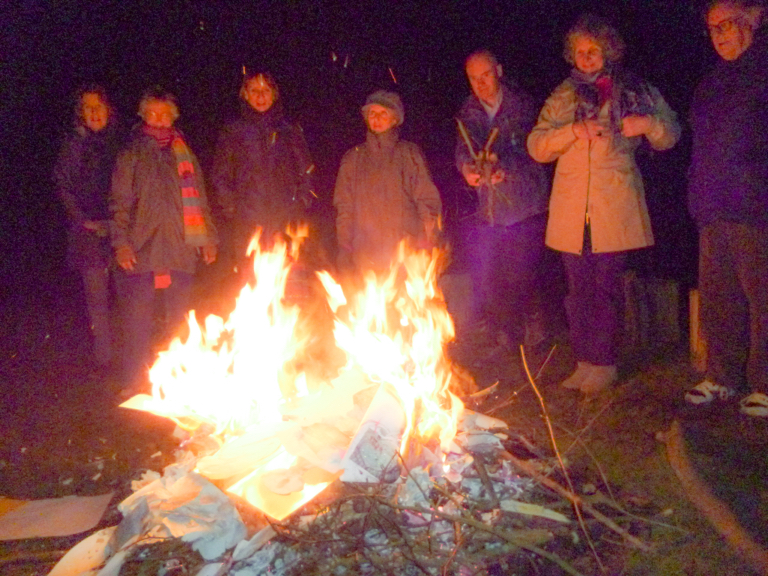 When this was done to our satisfaction and we had reflected on each other’s contributions, somewhat to my surprise, Charlotte said ‘Now we need to surrender it all – we should offer it on the sacred fire’. And so in the evening we built a substantial fire in the grounds and ceremonially offered the fruits (or maybe the seeds, as it was near Imbolc) of our visioning to the flames. We experienced this act as a moment of release and joy and ended the day in a state of happy communion. 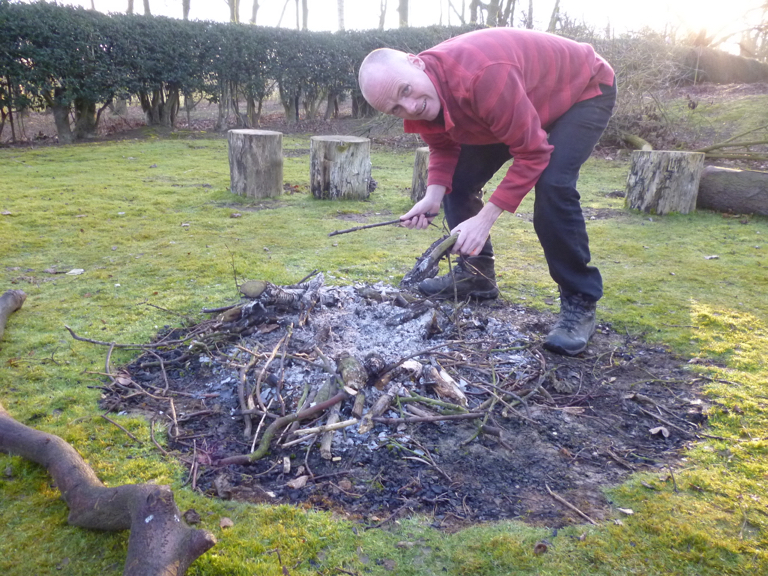 As we gathered afresh in the morning, two of our group – Magnus and Jay Mackareth – greeted us with the news that they had been to the site of our fire ceremony and found that there was not a shred of our visioning left – save for one tiny fragment which lay, singed but unburnt, in the ashes. And that fragment was the image of the ‘Triple Goddess’ as Peter calls it – the three ancient kingdoms of the British Isles – Britain (Wales and England), Scotland and Ireland, with their sacred centres at High Cross, Dunsinane and Uisneach, with the Isle of Man at the heart of the three kingdoms. 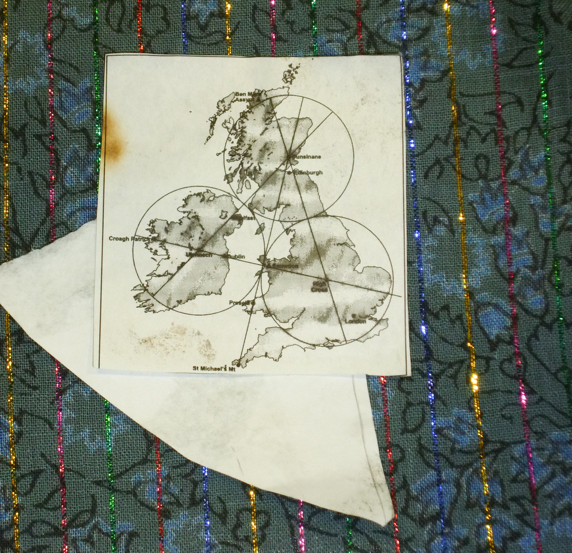 This seemed to us a clear sign that Gatekeeper’s continuing direction lay in the revitalising of these
three ancient kingdoms in our land. And since then Gatekeeper has taken the ‘Wheel of Life’ project to its
heart (alongside the Trust’s former purposes of course) following on from the great work of Suzy Straw and subsequently Clare Higson and Rose Williams in ‘Encircling the Land with Sacred Dance’. This project is described more fully elsewhere on the website. While it is focussed on the British landscape wheel, who knows, one day perhaps we may open up the Scottish and Irish wheels too!

We placed the fragment in a frame, with a note explaining its provenance and if you look you will find it on the top table at every Gatekeeper conference!