From the Arlingham Peninsula and May Hill converging at St Anthony’s Well in the Forest of Dean, Gloucestershire

Mandy Pullen, Jane Embleton and a host of merry pilgrims

in association with the Gatekeeper Trust 2017

In 2016, at the time of the Winter Solstice, the compost was deep and dark and still. So still that all was in the void with no edge and no centre. Emptiness and stillness with no shadow and no energy.

Within days a spark flickered to light like a shooting star. It died as quickly as it was born but in that moment of illumination, another star reached out to see and it began. “I want to walk the Arlingham Peninsula” said the spark. “Okay, let’s do it at New Year” said the catcher.

Come for a party on New Year’s Day said the spark and spark and catcher colluded on an omen walk in the dark and the rain. Two boars were caught in high jinks and turned out to be wood posts. 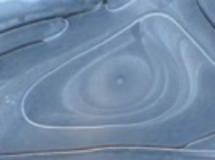 January 2nd, an omen walk relating to the month of August (part of the druidic 12 days of Christmas ritual). We set off for Arlingham. It is bright and frosty and when we get there the roads are so slippery that wheels have no grip on the flat lands.

We decide that Barrow Hill should be our starting point. A hill on a peninsula. So innocent. There is a splendid old Oak atop and an Ash on an inward corner with holes for hiding in. We make our way north to the topside of the peninsula and find a view of a May tree, with Garden Cliff beyond and May Hill in the distance between the two, a landmark that is well know in these parts. 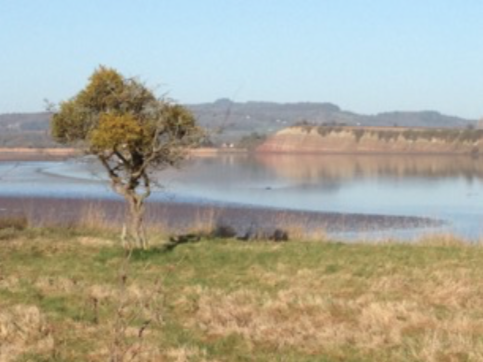 We walk around the peninsula, it is flat and unforgiving on muscles as there is no rise and fall. We note the preponderance of couples out walking on this day . . . the Sun shines, we trudge on hoping for sustenance at the Old Passage that we think is a pub but turns out to be a fish restaurant that is closed, it being a bank holiday. We view Newnham-onSevern over the River and notice the Nab, a small protrusion of rock below the Church. And a little further round a brilliant red Lightship in a pill (small inlet). We talk of how the Gatekeeper would like us to run a Pisces pilgrimage. We go south and east eventually leaving the river and going inland back to Barrow Hill to fetch our cars and go our separate ways home. 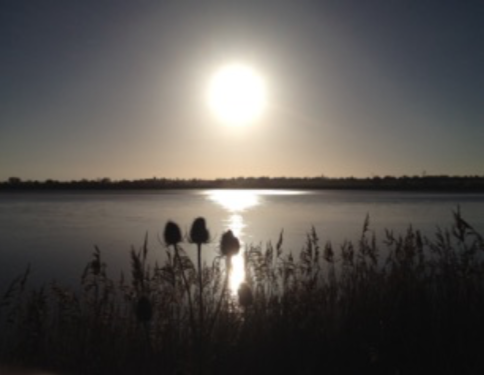 Within days the catcher reaches out and says the Arlingham Peninsula is shaped like the male part of a jigsaw puzzle piece. 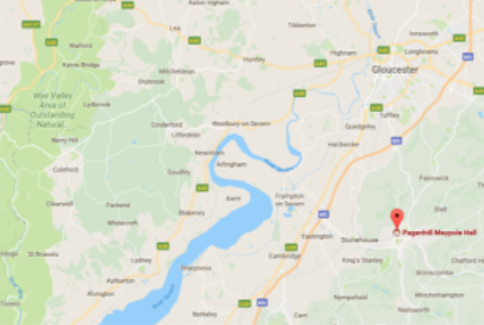 The spark sees, then finds a primeval man in a field on the flat landscape. Then Barrow Hill arrives as the testes at the base of the peninsula (spark’s son already works nearby and catcher’s son starts work a little upstream after the work). 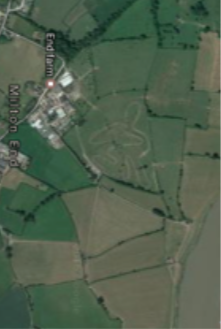 We have previously, in February 2016, been at Watchet beach where we clandestinely appropriated two very large alabaster (white and soft) stones and hot-tailed them to Minehead in very Italian Job style (holding up traffic with a Fiat 500, depositing stones in boot, jumping into the front and racing off, like Michael Caine robbers). We have divvied up our spoils and catcher has one on the south side of the River Severn and spark has the other on the north side.

Catcher notices that in the old druidic calendar, a year and a day is a measurement. And a year and a day following the Watchet event it comes to light that one stone is a Seed stone (south side of the river) and one is an Egg stone (north side of the river). The Seed stone (sperm) is to travel up the Old Passage Road which runs along the centre of the Arlingham Peninsula (penis) from Barrow Hill (testes) to the tip. 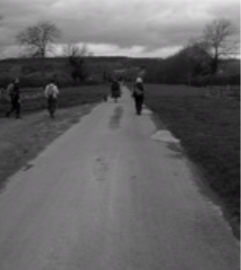 The Seed stone is planted beforehand and rests in the Ash tree atop Barrow Hill. At another synchronous time it is noticed that there is an extremely large Maypole at Paganhill near Stroud just 6 miles south east from the base of the peninsula, on a line along the peninsula that is pointing directly into the Forest of Dean.

We arrange our Pisces Pilgrimage with the Gatekeeper Trust and a local band of merry folk who have this work in their heart despite having no logical clue as to what they’re up to. 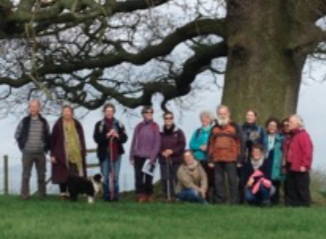 The Full Moon on 12th March 2017 arrives and those from south and north of the Severn River, called Sabrina by the Romans, arrive at Arlingham and then are ferried to Barrow Hill. We honour the Oak and collect the Seed stone from the Ash, then make our way to Arlingham village. We push on up the peninsula in silence, the Seed stone having been carried all the way by the two male members of the company.

We arrive at the tip and opposite is the Nab with May Hill sitting watch in the distance. . We give offerings to the Severn, contemplate it’s tidal reaches, it’s mud flats at low tide. And its Bore, a water beast mirrored over the water in the Boar of the Forest of Dean.

We hide the Seed stone in long rushlike grass then divide into two groups and peel off the tip of the peninsula. One group goes south (witnessing the red Lightship in the pill or small creek just on the west side of Newnham) and one group going north. We meet back at the pub in Arlingham, a great feast is had, and depart. 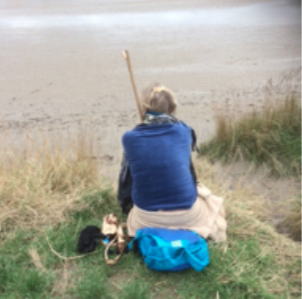 Events begin to unfold. A week later it is the Spring Equinox, time for seeds to be planted. A small group from the Forest converge at Newnham-on-Severn and a male kayaker crosses the river, collects the Seed stone at the highest tide and paddles it over to the Forest side of the river. From there it is processed up to the Castle Green passing through the peace garden by the Church.

At the old ruin there is a very erect tree with a hollow about 12ft up. It is ceremoniously hoisted into the tree and left to cook in it’s embrace.

too comes to the fore, and the next day is delivered to May Hill, a land ovary to the eastern side of the bushy Forest of Dean. The Egg stone needing cooking time too and was watered profusely by an eager pilgrim by a blue door that opened onto May Hill. 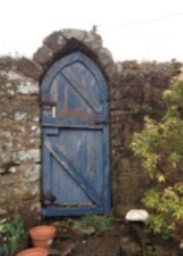 We gather in Newnham and a whole posse of youngsters from a variety of nations join us. We aren’t expecting them but there are two virile young men amongst them, one of whom gladly scales the tree at Castle Green and retrieves the Seed stone.

We then process the stone up the valley, wriggling here and there in the May Day sunshine until we enter the Forest.

All becomes dark and hushed, we proceed in silence, through towering evergreens and fulsome bluebells.

We arrive at the sacred St Anthony’s Well. We gather round and the young and virulent male plunges the Seed stone into the holy waters. 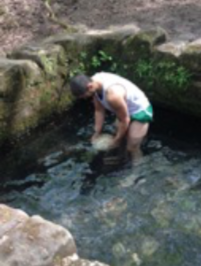 With great ceremony, and accompanied by a sudden violent release in the sky as thunder and lightning suddenly let rip, the eldest male of the company carries the Seed stone to the nearby Asha Centre with it’s druidic labyrinth. It is processed to the centre and then out again to be left in the nearby flowing spring waters to await the arrival of the female Egg stone.

Months go by, the Seed stone withers as the running waters of the spring degrade it’s size. It is retrieved from the waters and left under a stone on dry land to preserve it’s potency . . . Meanwhile, the Egg stone has been cooking, slowly ripening ready to drop from the May Hill ovary down towards the Well and the Seed stone.

A band of pilgrims old and new, some from as far afield as Peru, join us at the top of May Hill. Our aim is for the women to carry the Egg stone from the May Hill land ovary to meet with the Seed Stone at St Anthony’s Well. We meet at the top of May Hill where Belted Galloways rest then process down to the Egg stone which has been hiding under some bushes in the dark. It is shy and withdrawn, needing the gift of darkness and quiet. It is covered in a black felt bag and female pilgrims process it down the hill and into the valley of Longhope. It is to wiggle down Longhope Brook.

It is heavy, heavier than the Seed stone by far, but the women know how to carry a pregnancy. 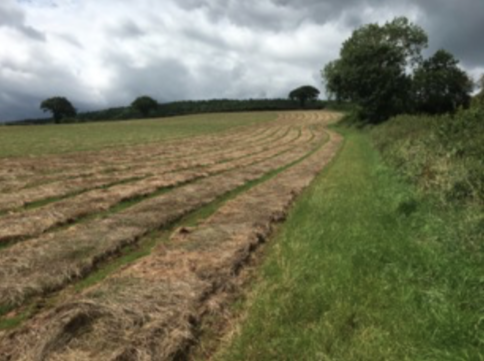 We keep the Egg stone in the dark (no photographs nor showings) and wind around the valley. It is hot and humid, with dense cloud cover and we pass through fields of windrowed crops.

We pass through Gaulet Farm where farmer and mrs farmer have the true Forest dialect and seem bemused by our group. Then into the woods at Flaxley and we enter a silence again. There is a sense of hushed urgency yet also process. The Egg stone, as it is passed to the youngest female who is fearful of pregnancy, is dropped. There is no fuss, the women merely pick it up and carry on to the labyrinth near the Well. The Egg stone is taken into the centre of the labyrinth and all the women go in and give offerings and prayers. One such places her hand inside the black felt bag and feels that the egg stone is split in two - TWINS!

The pilgrims work in this Hieros Gamos pilgrimage is done. Born out of the Winter Solstice and delivered at the time of the First Fruits at Lammas we leave the stones in the Well so that their energies dissolve and flow back to the River Severn.

Three days later two workers at the nearby Asha Centre and home to the labyrinth see a white circular UFO rise from the Well, morph into a black square and then drift off to the North . . . an ancient and sacred ritual has born fruit! Wales is the Boar’s Head of Great Britain and also it’s pregnant belly . . . 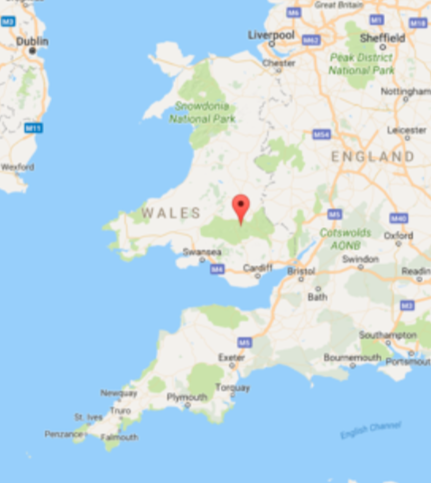