SEPTEMBER 24TH – 12 NOON
THEMES AND REMINISCENCES FOR SUN IN LIBRA, MOON IN ARIES

Having seen the creative roles we can develop in a vision quest (see the archetypal tools of action below) we can see that Aries, represents a call for action to meet obstacles in order to develop passionate, focused commitment to your inner vision. This full moon in Aries offers a reflective view of the questing sun in Libra - ‘the Mediator/Diplomat’ – seeking to develop a passion for truth and love in expressing the qualities of empathic group communication and collaborative truth seeking. The ‘Warrior’ archetype epitomises the pioneer and adventurer, who will stop at nothing to get what needs to be done put into action in terms of mediation. 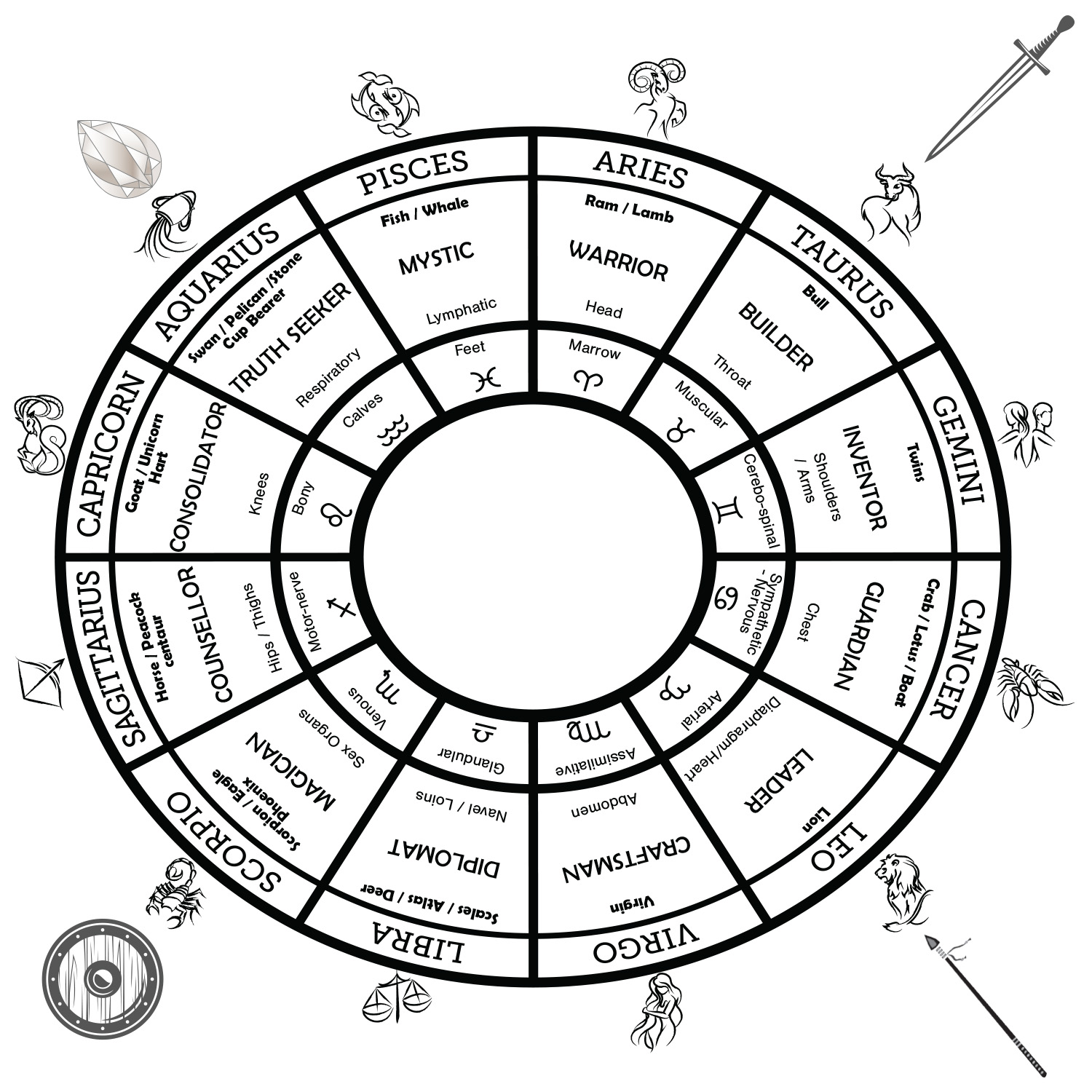 The Round Table ‘shield’ of Knights: - see this as our inner Selves acting as warrior pioneers in service to others using creative mediation and diplomacy. (graphics courtesy Peter Dawkins 1985, adapted by C Danby 2017)

Our journeys began in and around the River Severn, its tributaries and what the river system between Ironbridge, and Bridgnorth, as well as snaking the foothills of the wonderful Wrekin Hill (an early Celtic headquarters and a powerful symbol of Aries ruled by Mars iron bearing rocks with early iron ore workings). in 2017 we went to Mitchel's Fold circle, and drove along the Stipperstones, 2018 we went to Mitchel's Fold and the Wrekin Hill over two days, last year we went to Bridgnorth, and pilgrimaged on the river bank in the town between two energising hills.

The views over to Cadair Idris and Snowdon stretch over a wonderful landscape containing Llangollen and many stone sanctuaries yet to be enjoyed.... a gateway to a network of hills and valleys which Gatekeeper in the past have travelled through, including Llangollen where we held one of our first Pilgrims’ Weekends.

We could feel the energy of the A5 and its sacred legend of King Bran’s head being taken to the Tower of London. The expanse of Welsh hills and distant mountains was awe inspiring, as we walked honouring each stone and sent prayers of peace to the ancestors and the world. 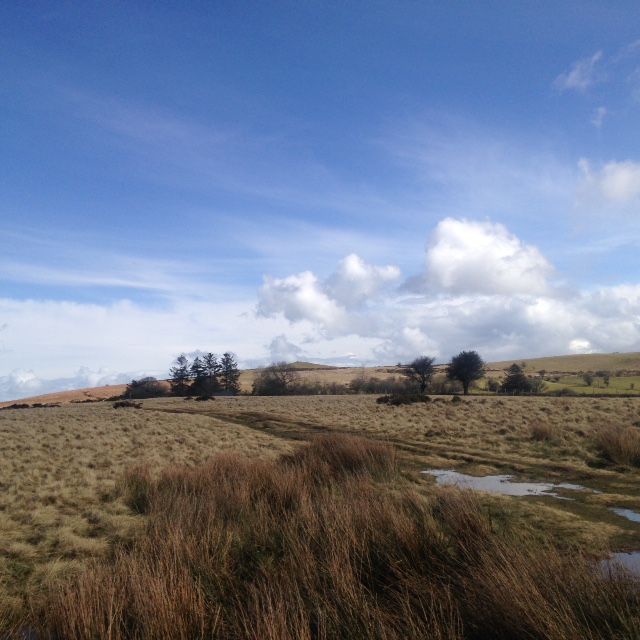 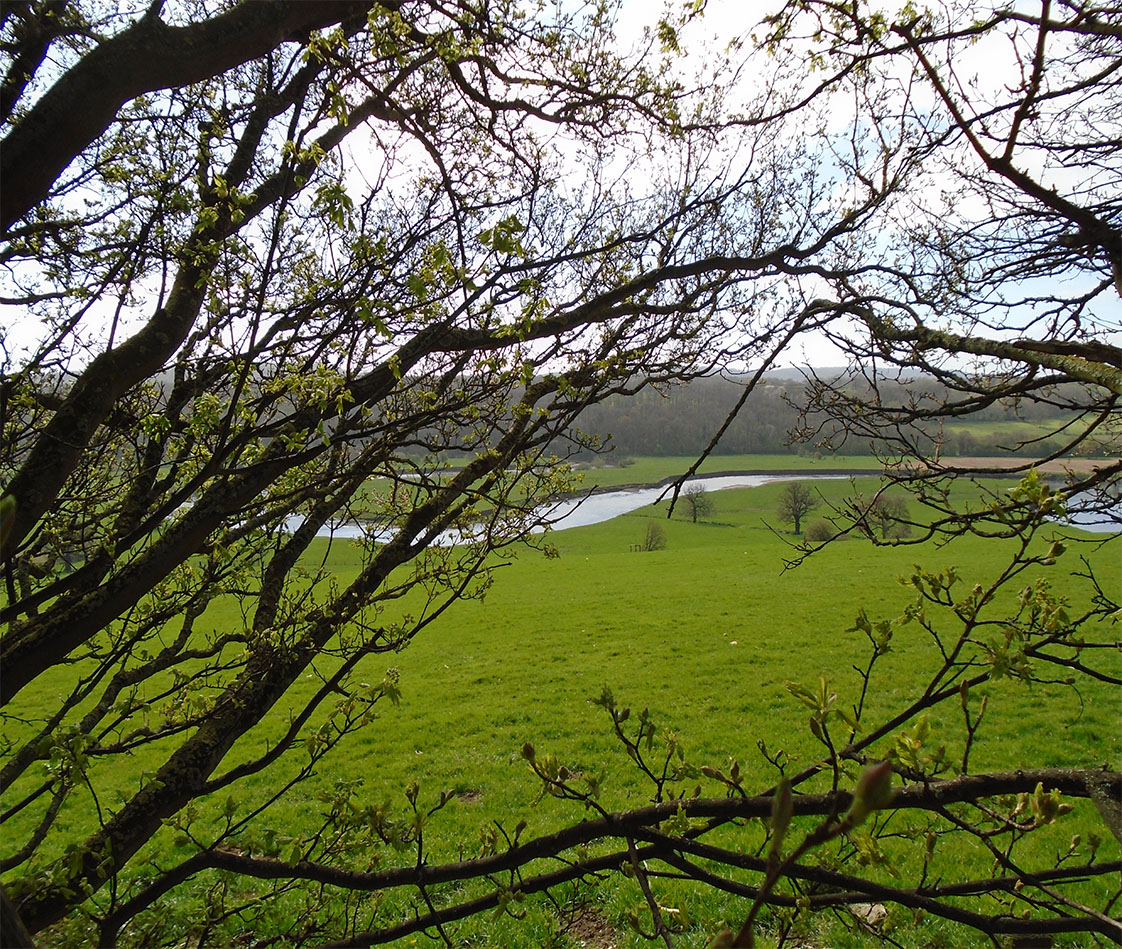 The valley of the Severn at the foothills of the Wrekin.

This involved two days, one with a local group of six, the other with four of us in which we split up between walkers and drifters... talking photos of the elements, guardian trees and path-side plants, we walked slowly half way up, then met with the walkers at the bottom and made a mandala:

This was a wonderful day of feeling connected by this powerful hill with a wide expanses of watery meadow and flood plains of the River Severn. 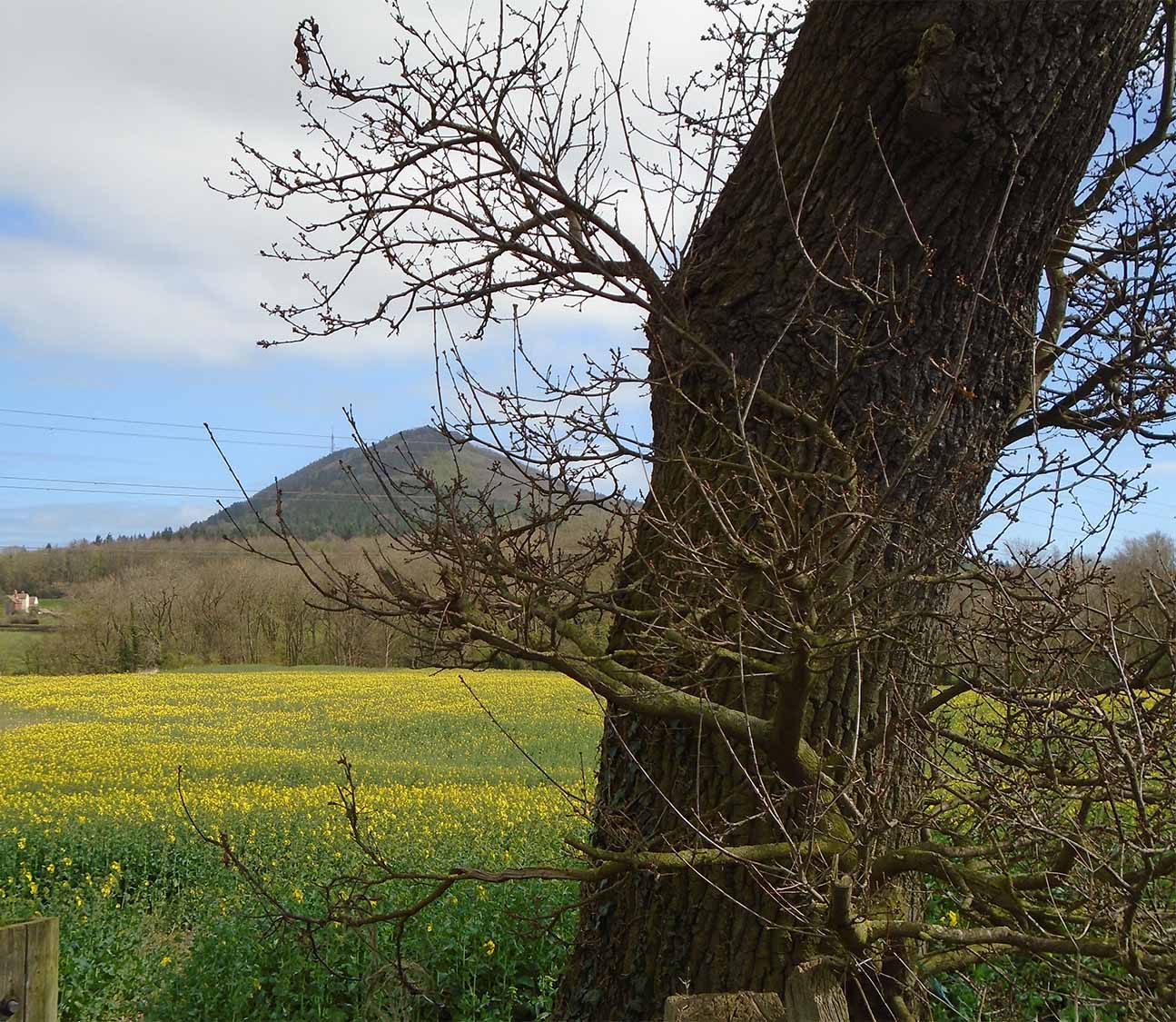 The Wrekin seen from the South in the foothills of the Stipperstones. 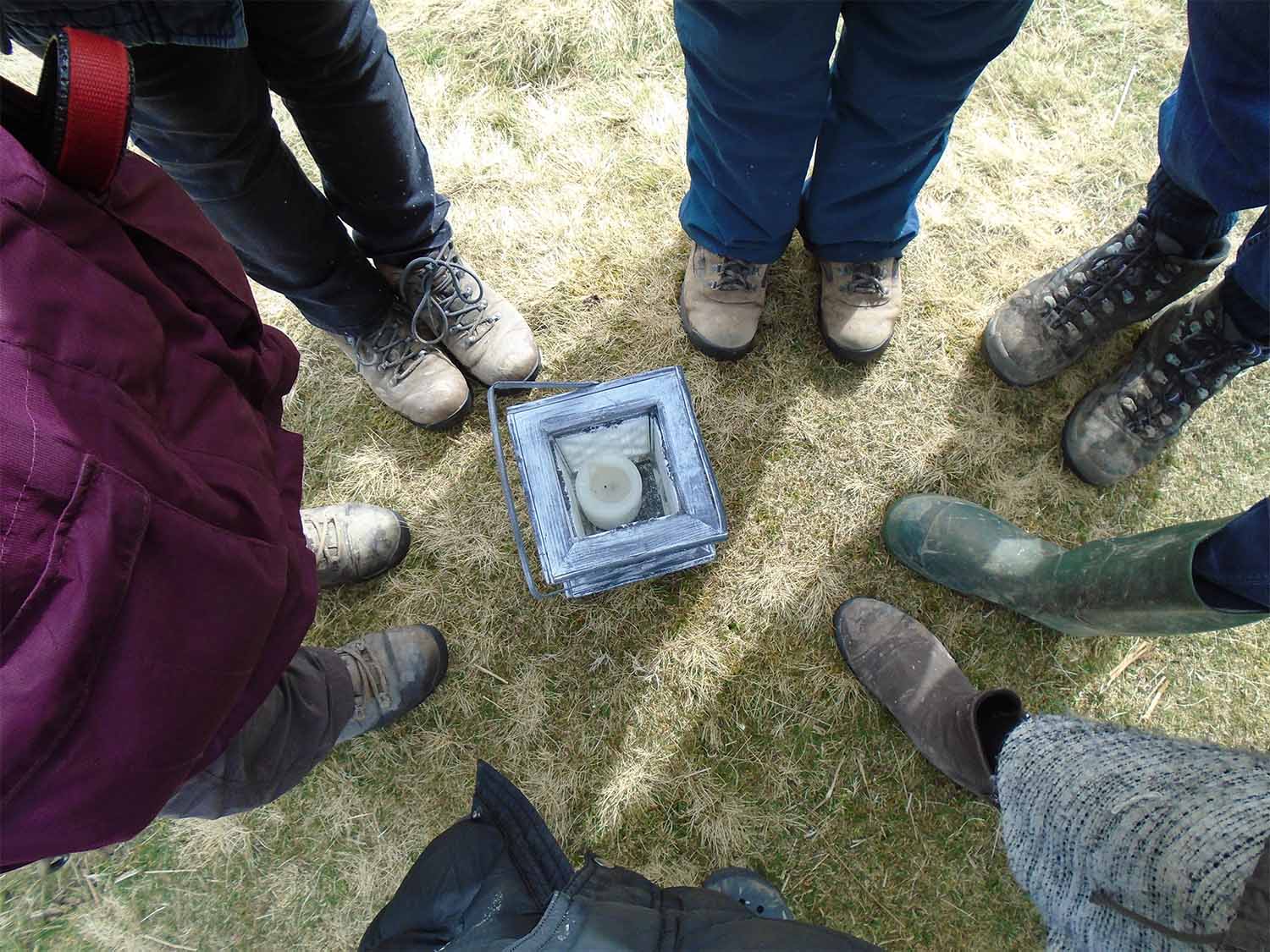 Attunement at Mitchell’s Fold Circle, a feminine energy balancing the fiery focus of the Wrekin.

This pilgrimage developed from the observation and research into local rocks and hills, where iron bearing rock had lead down the ages to industry in towns such as Ironbridge and Bridgnorth. The heart of the industrial revolution was built on the implements of war forged over millennia. 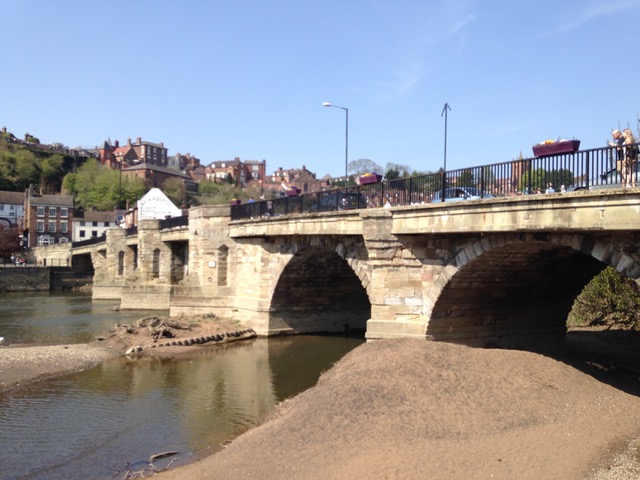 We found Bridgnorth a beautiful town set between two hills, with a floodplain in its centre along which we travelled with song and mandala. We mused on the synchronicity of Aries with its Marian qualities, having given this landscape a definite role in the Celtic and pre-Celtic societies at war with each other, the Romans and other invaders. As a spiritual keynote, ‘the spiritual warrior/pioneer’ gives us a clue to reworking the energy of aggression to transform it into a passion of purpose and harmonious communication tools. 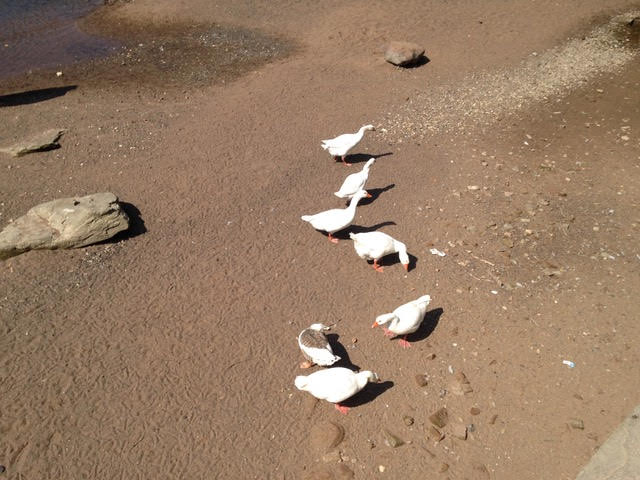 Ducks on the River Severn in the centre of town 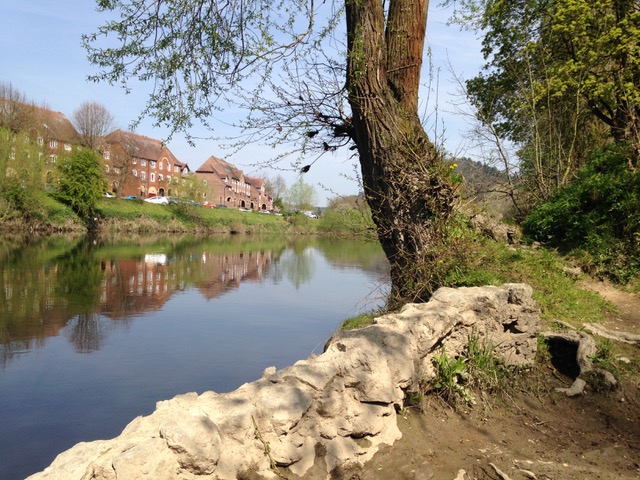 The banks of the River Severn guarded a small nature trail with chakra system , which linked both sides of the city.