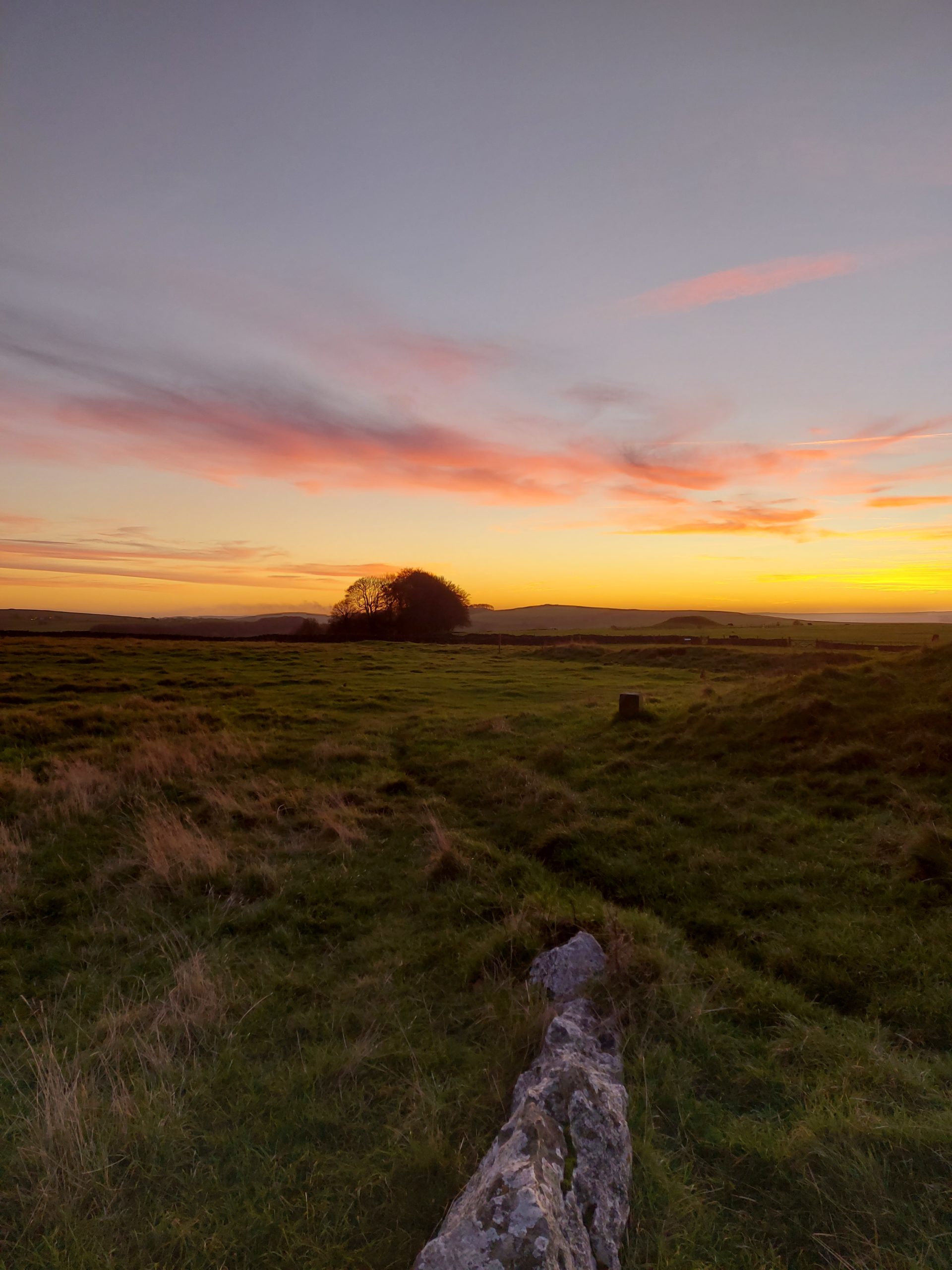 On 22nd November Vivienne and Mike Newton and Jane Lewis were drawn to the ancient stone circle of Arbor Low near Buxton, Derbyshire. Jane's guidance from dreams and dowsing led to the specific instruction: go to Arbor Low on Monday 22nd November at 4.30pm. Not the most convenient time from our earthly perspective as the site is high up on a wind-swept field that can only be accessed through a farmyard, and although we have made many previous visits, never had we been there after dark. A quick look at Stellarium software showed that at that precise time Saturn was transiting the meridian line in the due south from the Low and that Jupiter and Venus would be visible either side of Saturn.

A horoscope cast for this time and place gave insight into the ‘why, where and when’ of it all: the sun had just gone into Sagittarius on the axis of the moon’s nodes, both on the AA line, which is the cusp between Taurus and Gemini, Scorpio and Sagittarius (cf Peter Dawkins’ work and research into British Zodiac). So the ‘appointment date’ was clearly meant to link us with the galactic centre. The appointment time meant we arrived just as the sun had set and the horoscope shows Venus, Saturn and Jupiter elevated.

The place, Arbor Low, is part of the Great Bear constellation in the British Zodiac. Our visit seemed to link both bears, Ursa major and minor. These constellations are associated with Arcadian mythology, the Great Bear signifying the Shepherd King of Arcadia, or Arcas, with the Lesser Bear being the sheepfold into which the ‘flock’ is safely gathered at the end of the age. Polaris, the Pole Star is located on the end of the little bear’s tail, corresponding with Lichfield. 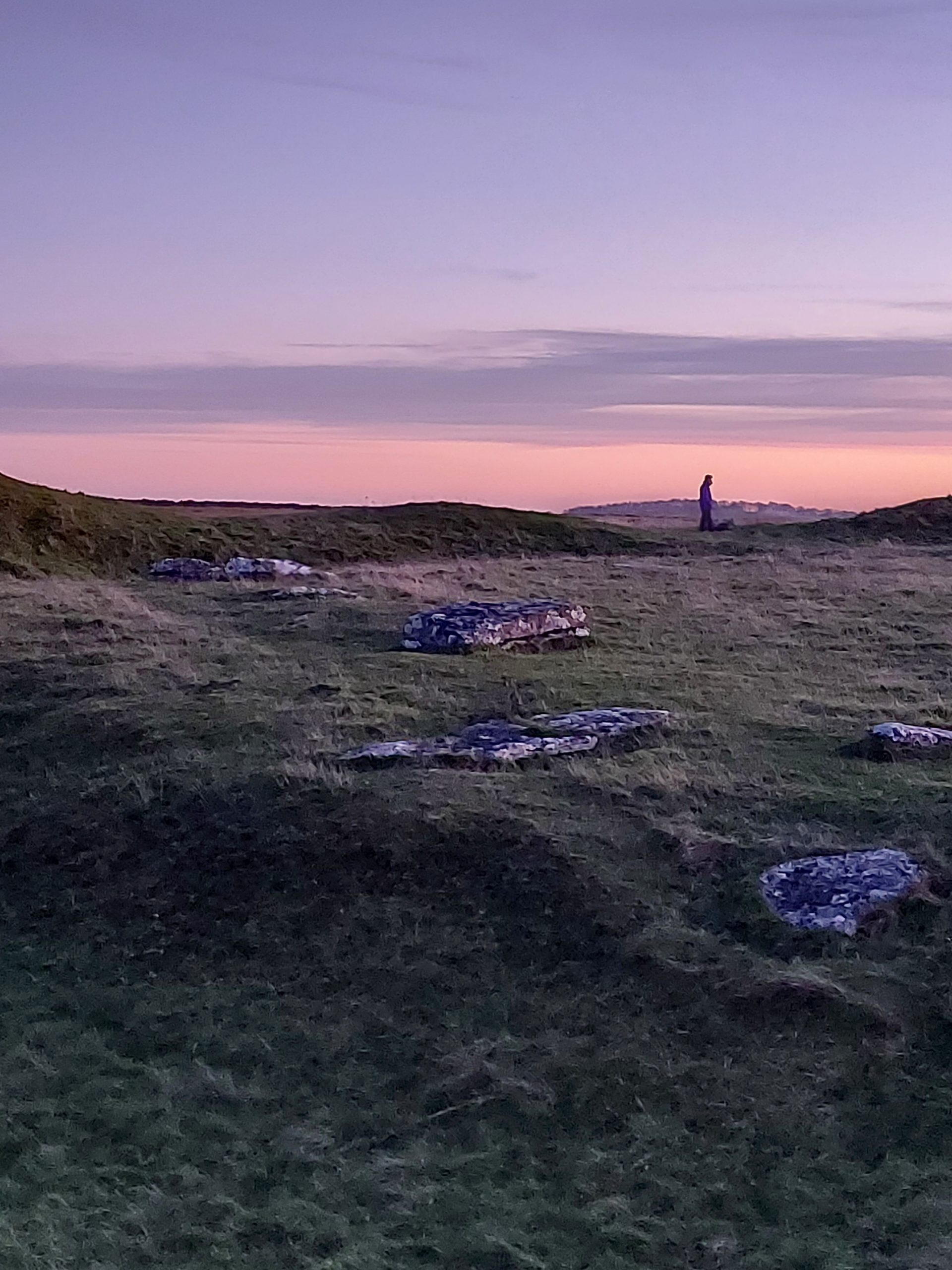 It had been one of those clear, sunny winter days and as we arrived at sunset we witnessed a sky of gentle pinks, gold and blues. Not a breath of wind, the air was very still and expectant, as though sharing our sense of anticipation … A sparrow hawk swooped down across the circle to eye-line us the moment we approached the circle entrance, making its presence known, and landed by one of the stones in the west where it remained for a few minutes. None of us felt immediately called to enter the circle, in fact we stayed on the embankment for some time, entranced at first by the brilliancy of Venus, then Jupiter and later Saturn came into view in a diagonal line. Slowly, we could identify stars coming into view as darkness descended.

A few other stargazers arrived on the site, so we were not alone, but shared in a wider sense of communal wonder…After an hour or so we entered the circle and discreetly performed a short ritual to honour the place and whatever it was we felt we had been called to witness. We set up three candles, offered rose petals which mascot Astro-Bear presided over as MC! Our focus shifted skywards towards the star Arcturus as Arbor seems to resonate with Arthur and the lineage of King Arthurs, historical and symbolical. 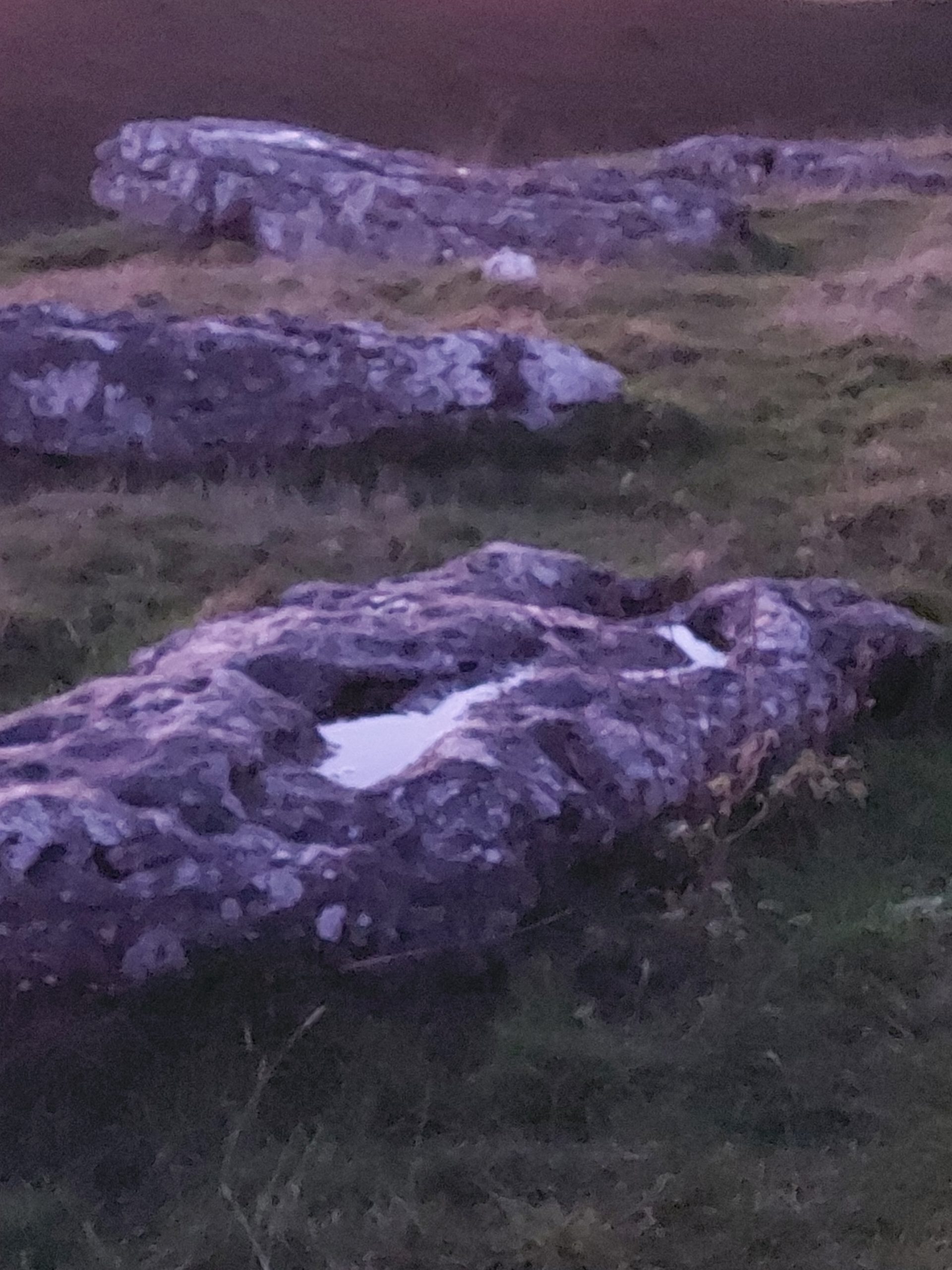 Back at the car in the neighbouring car park we were able to view the sky through Mike’s telescope and were treated to a wonderful spectacle of Saturn with its rings clearly visible, Jupiter with three of its moons very clear, and of course Venus so bright to the naked eye. Other highlights in the stunningly clear dark sky were the Milky Way in all its glory through Cygnus and Cassiopea, the Pleiades cluster in Taurus, and the Andromeda galaxy.

An amazing just-after-full moon rose as we prepared to leave the site at 6pm and accompanied us on our homeward journey back to the warm hearths and welcome food.