Nine of us met this year, all women. After introductions, intention setting, etc. we set off through St Paul’s Churchyard to find the hidden stone by the Cathedral wall which Chris Street and many other people believe to have once been part of the Temple to the Goddess Diana which stood on this site long before the first Cathedral dedicated to St Paul was built.

From there we walked through Temple Bar and Paternoster Square to the ruined church of Christchurch/Grey Friars. Only the tower and one wall remain but the area has been planted to the design of the church. A very poignant place where it is easy to remember the people who once worshipped there.
Our next stop was Postman’s Park, once a burial ground but now a City Garden with its own micro-climate, sheltered by the surrounding tall buildings, exotic plants flourish. This is where we really tuned in to the wisdom of the season, the stripping away, accepting and resting in emptiness to allow for the potential of growth. We also remembered those who have passed and tried to light some candles but unfortunately it was too windy. 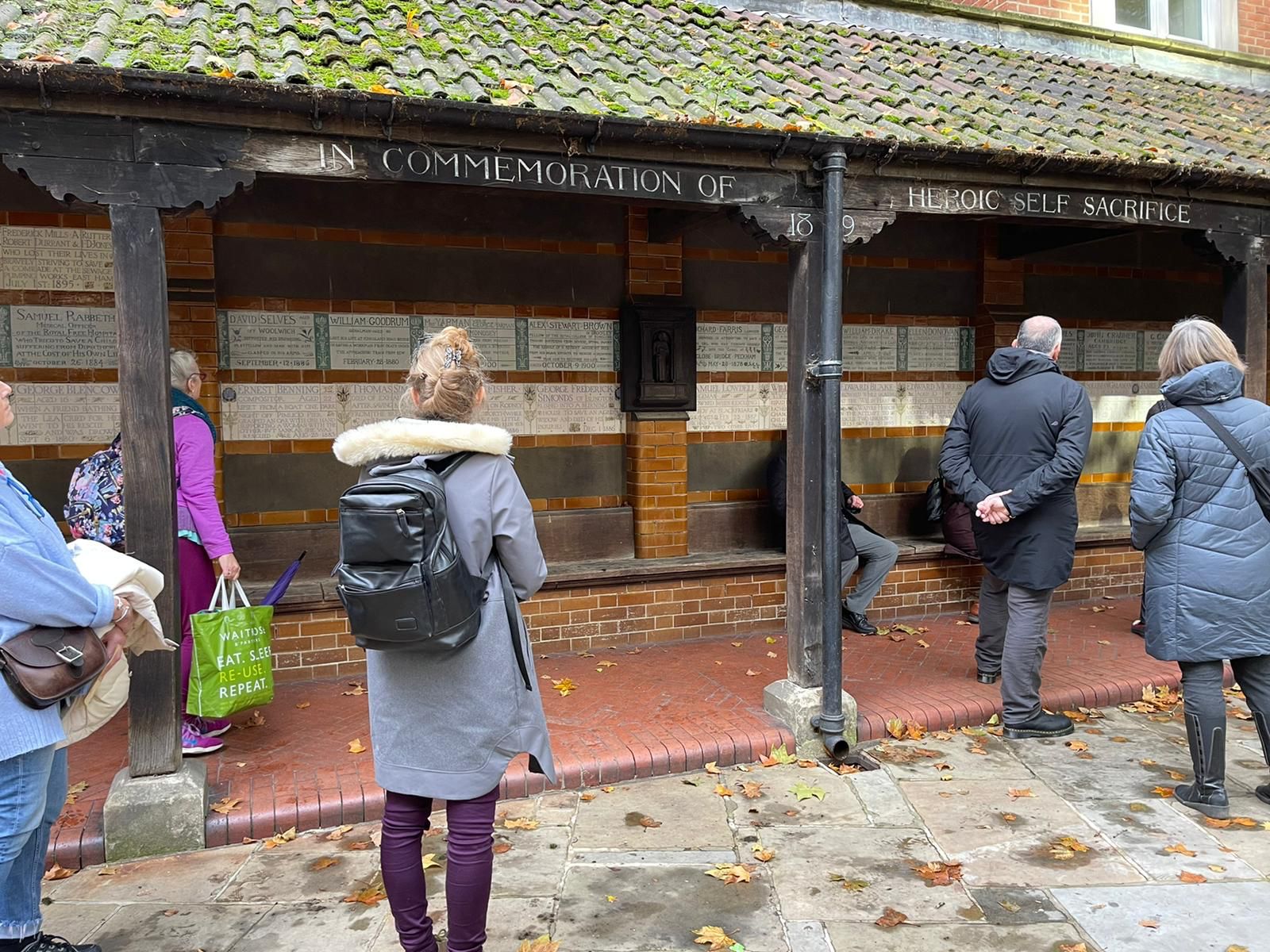 Postman’s Park is the home of George Frederick Watt’s Memorial to Heroic self-sacrifice, a wall of memorial plaques to ordinary people who did extraordinarily brave deeds, so we spent some time reading these and feeling very humble.

We retraced our steps back to Paternoster Square and followed the same route down Cannon Street that we did last year to the Tower of London. The most memorable stop for me was at the St Laurence/Mary Magdalene Drinking Fountain where a group of skateboarders were practising. Phyllis approached them to see if one of them would take a group photo for us, their token female joined us, adding some young vibrant energy to the picture! 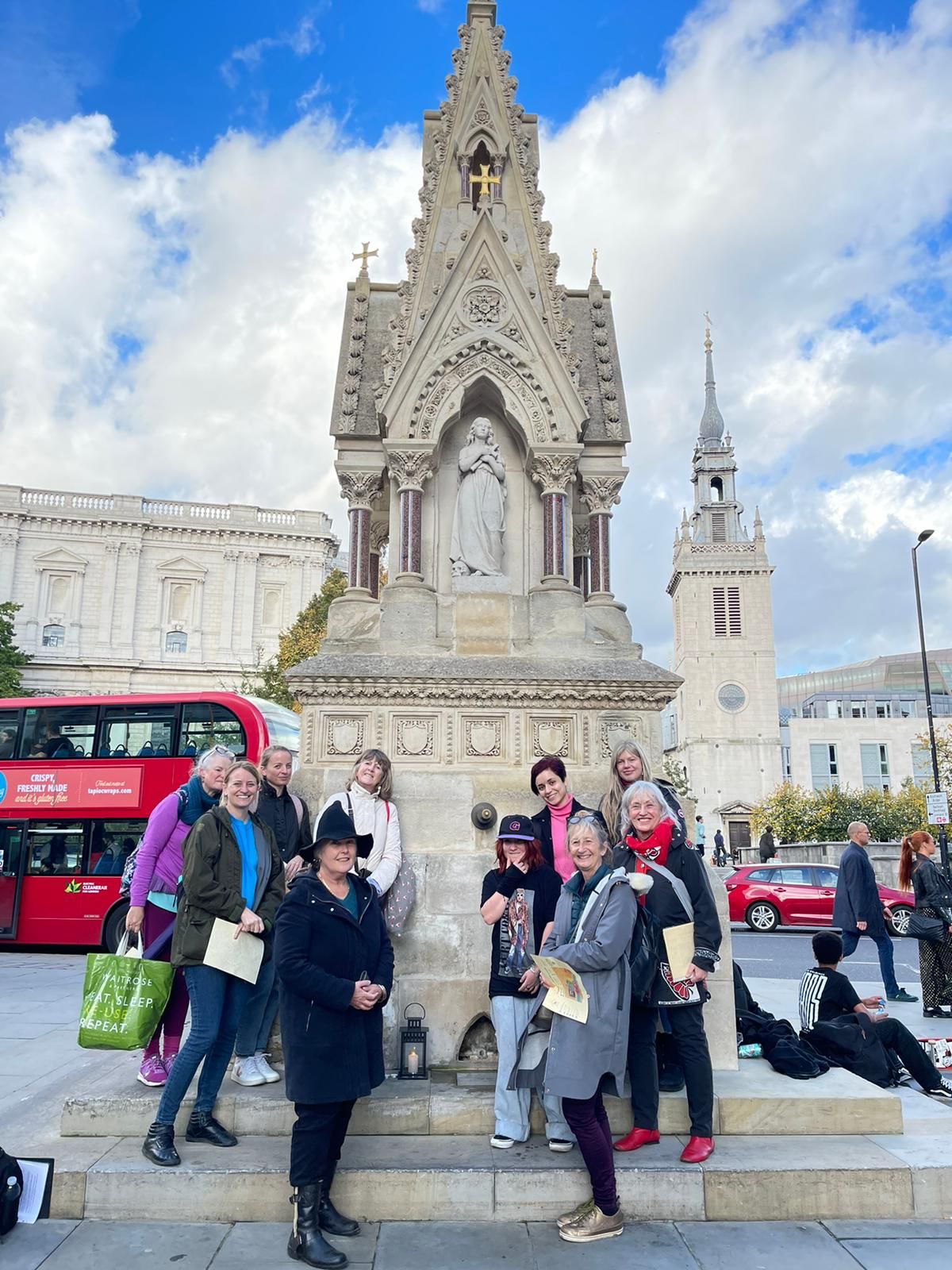 Our stop at the site of the gallows at Tower Hill is always poignant and we spent some time there reading the names of the people who died for their faith, this is close to the memorials containing all the names of the Navy and Merchant Navy personnel who died in the two World Wars. 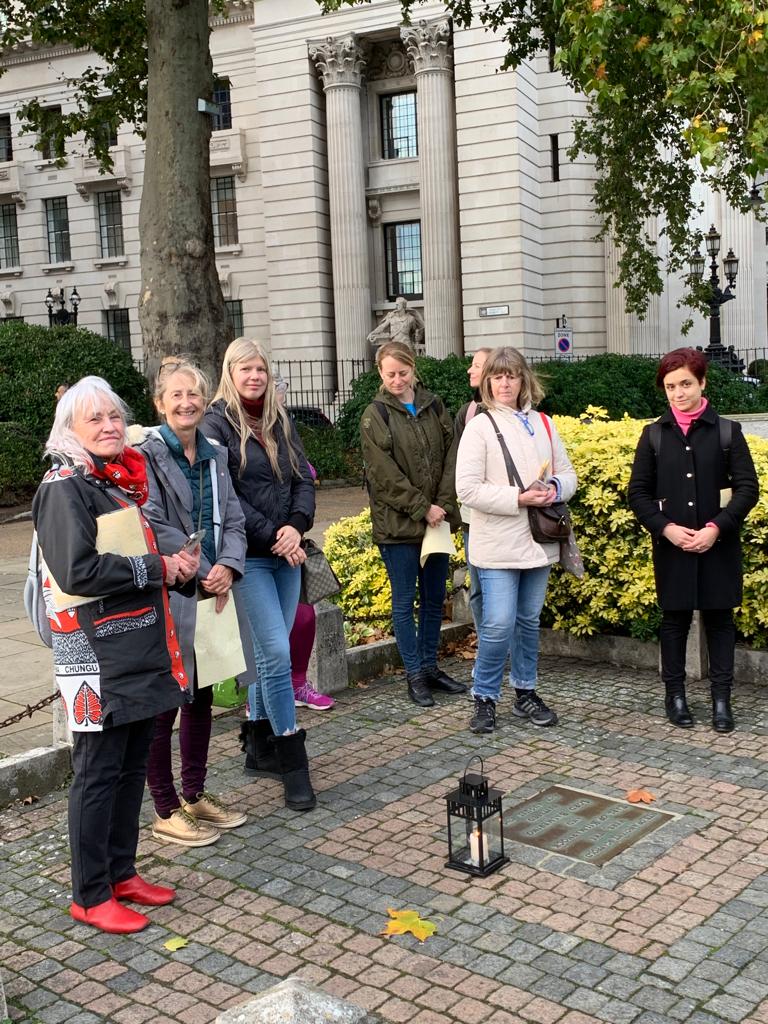 Our last stop by the Thames brought the afternoon to a close with everyone taking a handful of rose petals and throwing them into the river symbolising the things we were letting go.

Then, being very English, a group of us all enjoyed a cup of tea! 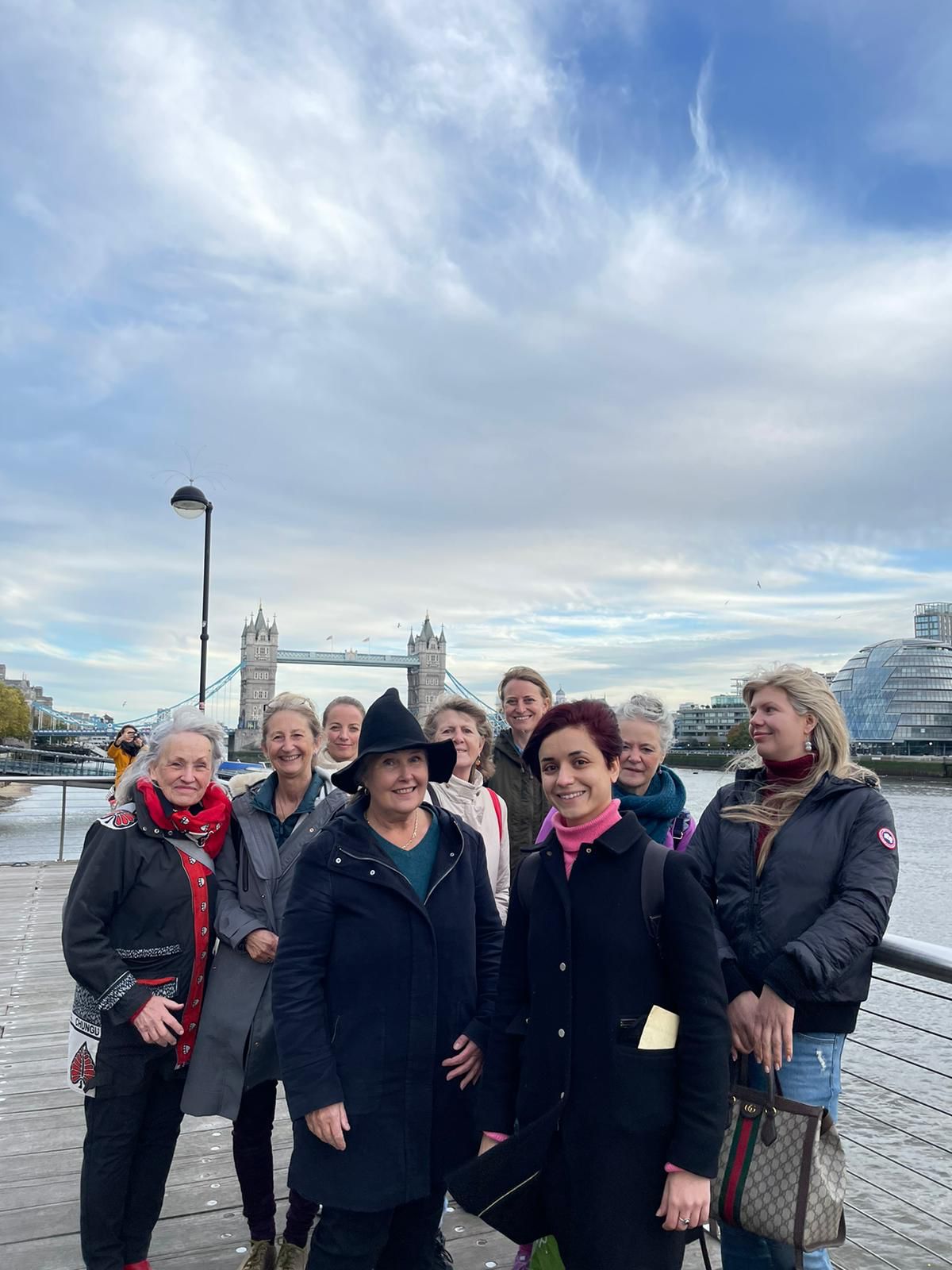