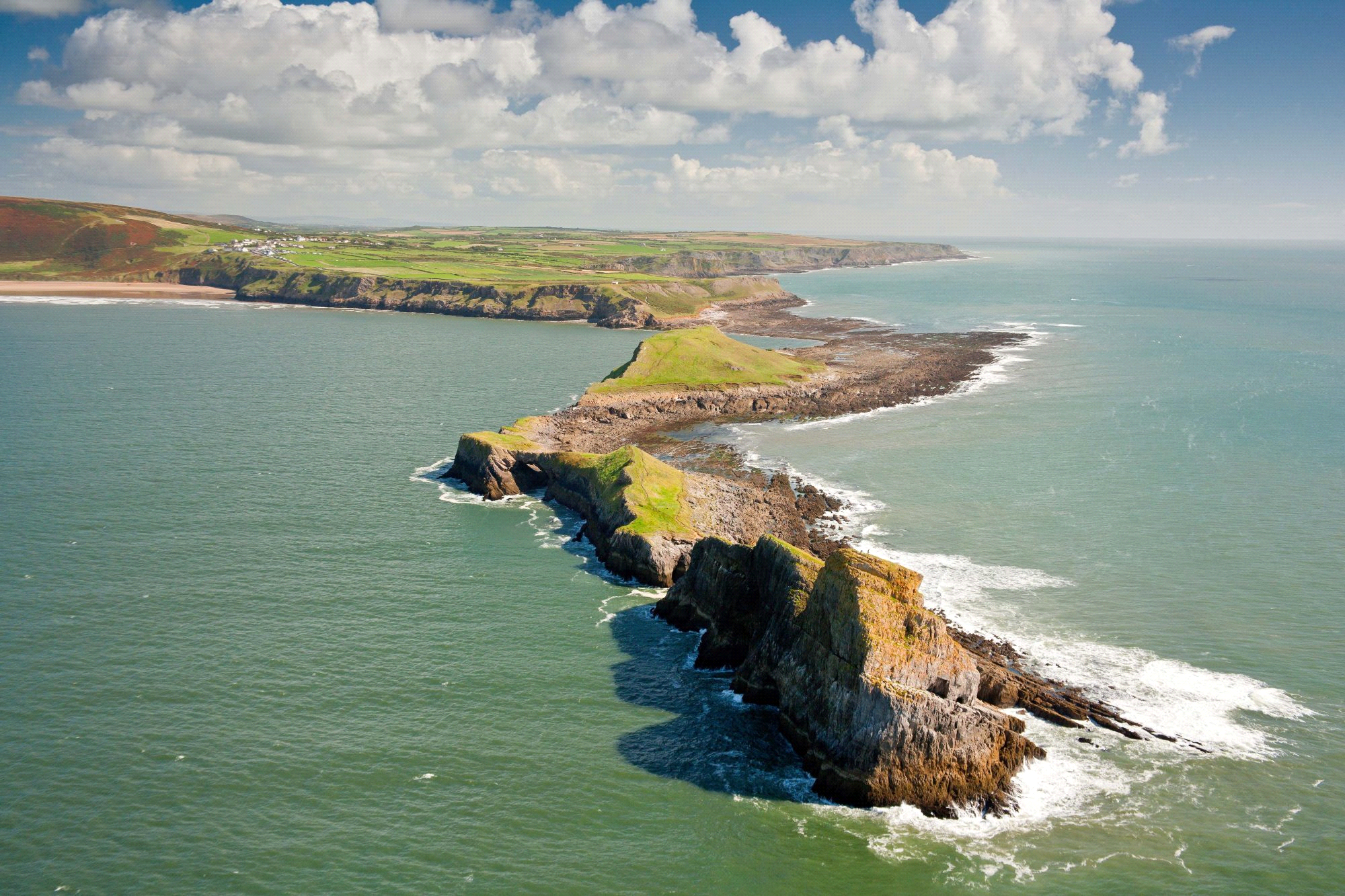 The Gower peninsula was named the UK's first Area of Outstanding Natural Beauty back in 1956, and not much has changed. The area is a place of wonder and magic with historic links to King Arthur and Merlin the wizard littering the landscape.

Below is a hand drawn map of the Gower peninsula, published at the Tower of London on the 1st of May 1830 by Lieutenant Colonel Colby of the Royal Engineers.

The map is a wonderful work of art and a thing of true beauty, much like the landscape it records in it's magical detail.

A work of art in itself, but another treasure lies hidden within its beautifully drawn lines, a metaphor in the landscape, an allegory in apophenia. (pattern recognition).

When viewed from an angle (for some) this map appears to show a man sleeping with tear tracks running from the imaginary eye. These tear tracks are rivers and the features of the man’s face are the coastline and geography of the landscape of the Gower peninsula.

Now this allegory in the landscape dips into legend, tradition, history and the Welsh language itself.

The Gower peninsula is in Swansea, which was once part of Glamorganshire, or Morganwg. In Welsh, ‘Morgan’ means Sea born and relates to the sea or the waters, but another interpretation is great head. From ‘Mawr’ meaning great and the Irish ‘ceanne’ for head.

In the Welsh language the term head is translated as Pen, and this is where the title Pen Dragon comes from, the head Dragon. The Pen Dragons were the great priest Kings of old, a line of Druidic Royalty.

Dragon in Welsh may translate to lord, but another interesting take on the word is that of Darogan. This term "Darogan" means prophecy or prediction, a foretelling or vaticini. A Daroganwr is a prophet, a foreteller of things to come.

The link to prophecy and the dream world is an ancient one, all cultures talk of prophets and holy men receiving their visions whilst at sleep. The biblical Joseph and Daniel are just 2 among the many.

King Arthur was said to be a great Pen Dragon, and Merlin the wizard was a prophet and Magician. In the landscape of Glamorganshire Arthur and Merlin are well represented in it's placenames and historic sites. (And now the great head.)

The Gower peninsula is located in old Glamorganshire, and Glamorgan means Morgan's land. Morgan means the great head, the Pen Dragon or the Pen Darogan - the head prophet.

Another Welsh term for Darogan or Prophet, and the whole reason for this writing, is Aries, like the Ares of ancient Greece and the Aries of the Zodiac. In Astrology, Aries is the head of the year, In Astrological Anatomy, Aries represents the Head and the higher mind.

In ancient Greece Ares was the planet Mars, and in Welsh Mars is Mawrth and Mawr is Great.
The Gower is steeped in history and its placenames hold clues to its interesting past. At the south west tip of the landmass there lies a long headland called Worms Head, this name may derive from the Norse term ‘Orme’, which means serpent, or dragon. The great Orme bronze age copper mine in North Wales takes its name from similar roots.

The headland is cut off from the mainland for the majority of the day, only a 2-hour window either side of low tide gives means of access and escape. The Welsh poet Dylan Thomas once found himself stranded on the islands, and called them - "the very promontory of depression". A little harsh for a place of such beauty, but I expect it was rather cold and windy for his overnight stay. 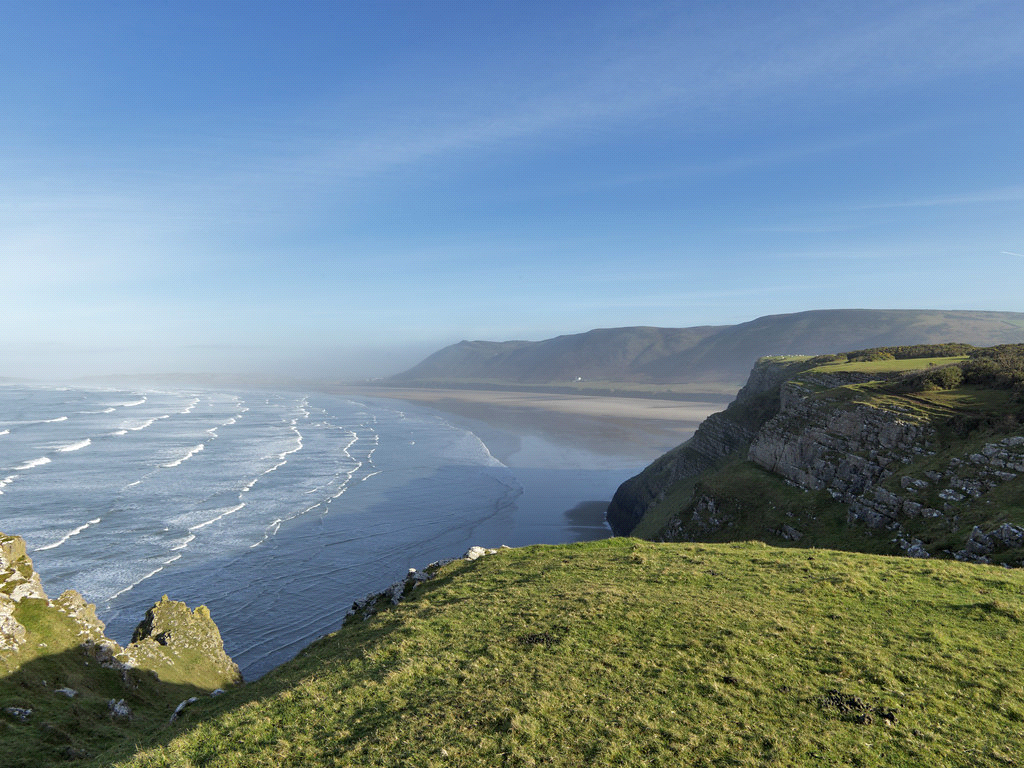 In Welsh the name Gower means small field, or a close. There is another title which may fit the area better, the spelling is a little different but the pronunciation is very much alike. The word ‘Gawr’ means to shout out, or to cry out, the word ‘Gawri’ means to cry out aloud or to bawl. Another old name for the Gower is Gwyr, which means handsome and neat. (Quite fitting).

The reason the name Gawr may suit the area a little better than "the field" is that at one time the Gower was a center for smuggling and privateering. The word "Gawr" meaning to cry out would be an apt name for a place on the South West tip of Great Britain where the Bristol channel acts as a giant harbour. (No doubt this link may have more ancient origins). 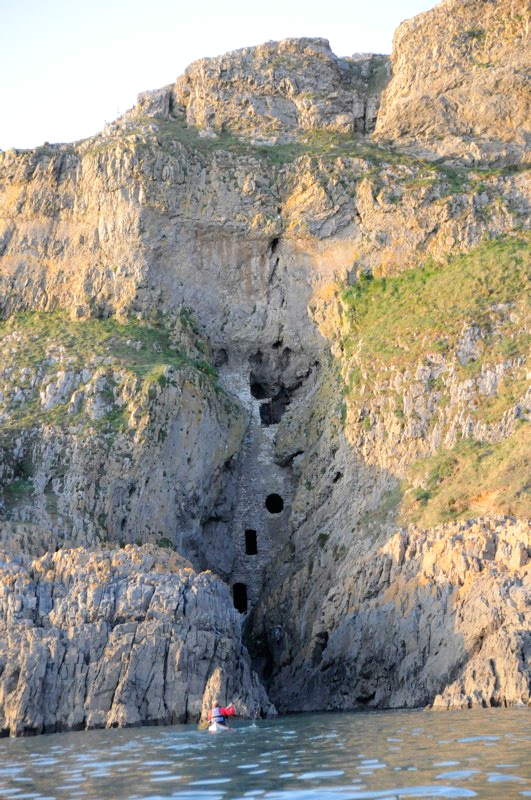 This is Culver hole - "Hidden in a rocky cleft near Port Eynon, ancient Culver Hole cave is sealed behind a 60ft stone wall dotted with mismatched windows. Believed to have been built in the 13th or 14th century as a dovecote, the strange structure holds a bounty of smuggling stories. According to legend, it was used by powerful local brigand John Lucas as a storehouse. There’s even tell of a secret tunnel – big enough to ride a horse through".

Culver Hole is said to have been a dovecote for keeping pigeons. Although there is little doubt this would have been used for carrier pigeons with very important information, the location and effort needed suggests something a little grander.

Our local landscapes are full of clues to our wonderful histories. Through language and tradition, a picture may be painted of a glorious past deeply connected to our natural surroundings and environment.