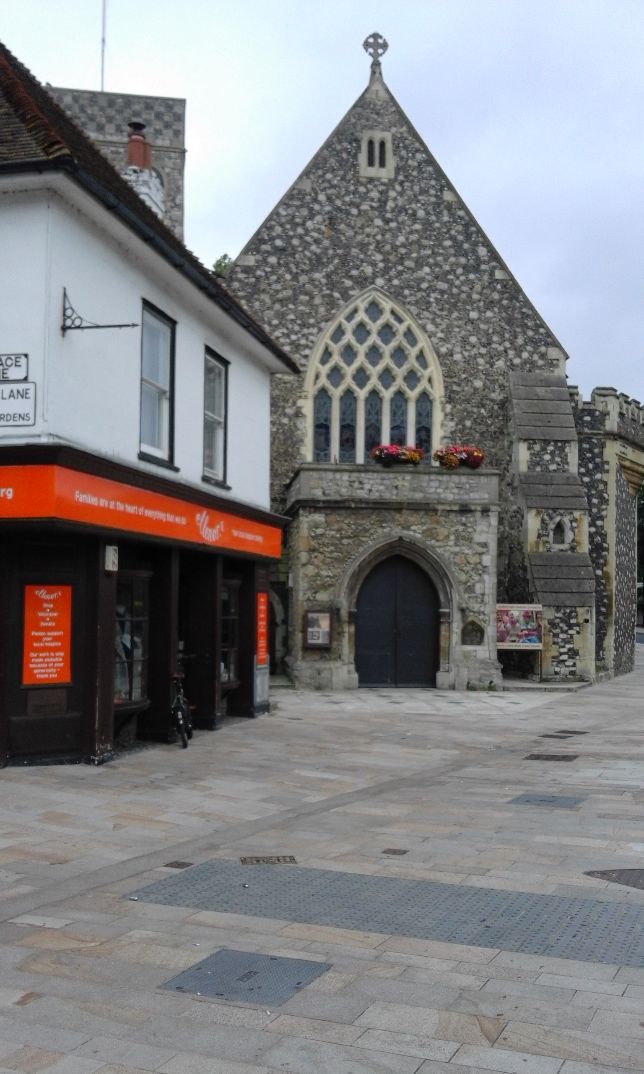 Three friends and I met outside Holy Trinity Church near the town centre for the first Gatekeeper walk to connect to the landscape and the energies of Dartford. Standing outside the church doors, we tuned into the area and the Guardian Spirits of the place, inwardly asking permission to journey through the town. We all received a resounding ‘yes’ from them and made our way the short distance to Acacia Hall.

Once there, we were drawn to stand underneath a Beech tree to attune again to the landscape and the walk we were to undertake. With eyes closed, we asked the Kindly Luminous Beings to grant us their hospitality. We also visualised our own personal forms of energetic protection surrounding us.

The Beech tree called to a member of the group for healing. Acacia Hall has recently undergone re-development, and the tree was asking to be healed. As a group we sent healing to the tree in whichever way was individually felt best and a crystal was placed by one group member at the base of the tree. 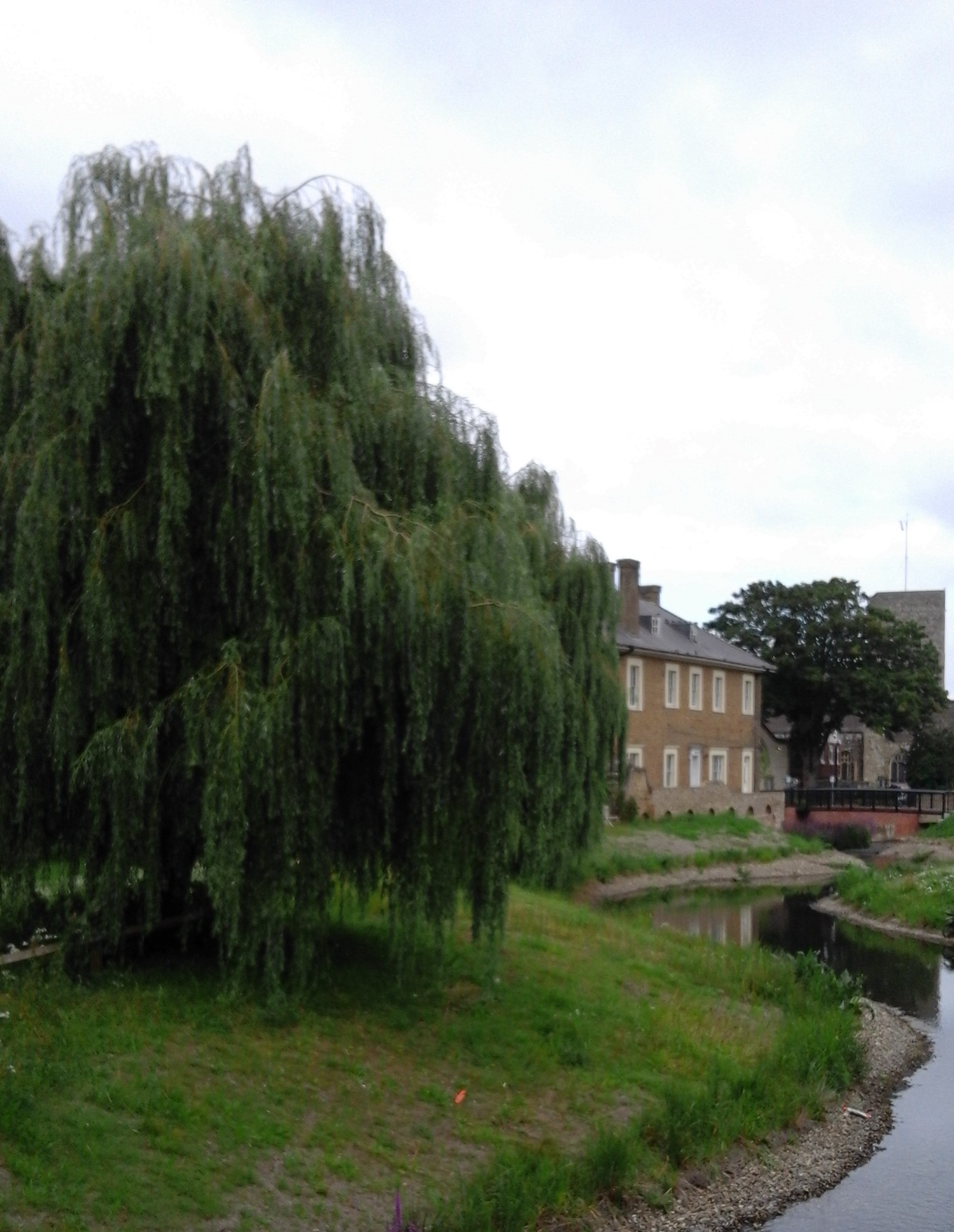 From there, we crossed a footbridge and made our way past Bridge House and to Bridge Gardens, acknowledging the great Sycamore tree at the gateway to Acacia Hall.

Bridge Gardens is a secluded area nestling behind overgrown shrubs and large trees. Sadly, it has been neglected for a long a time and collectively, the group sensed the space as feeling unloved. 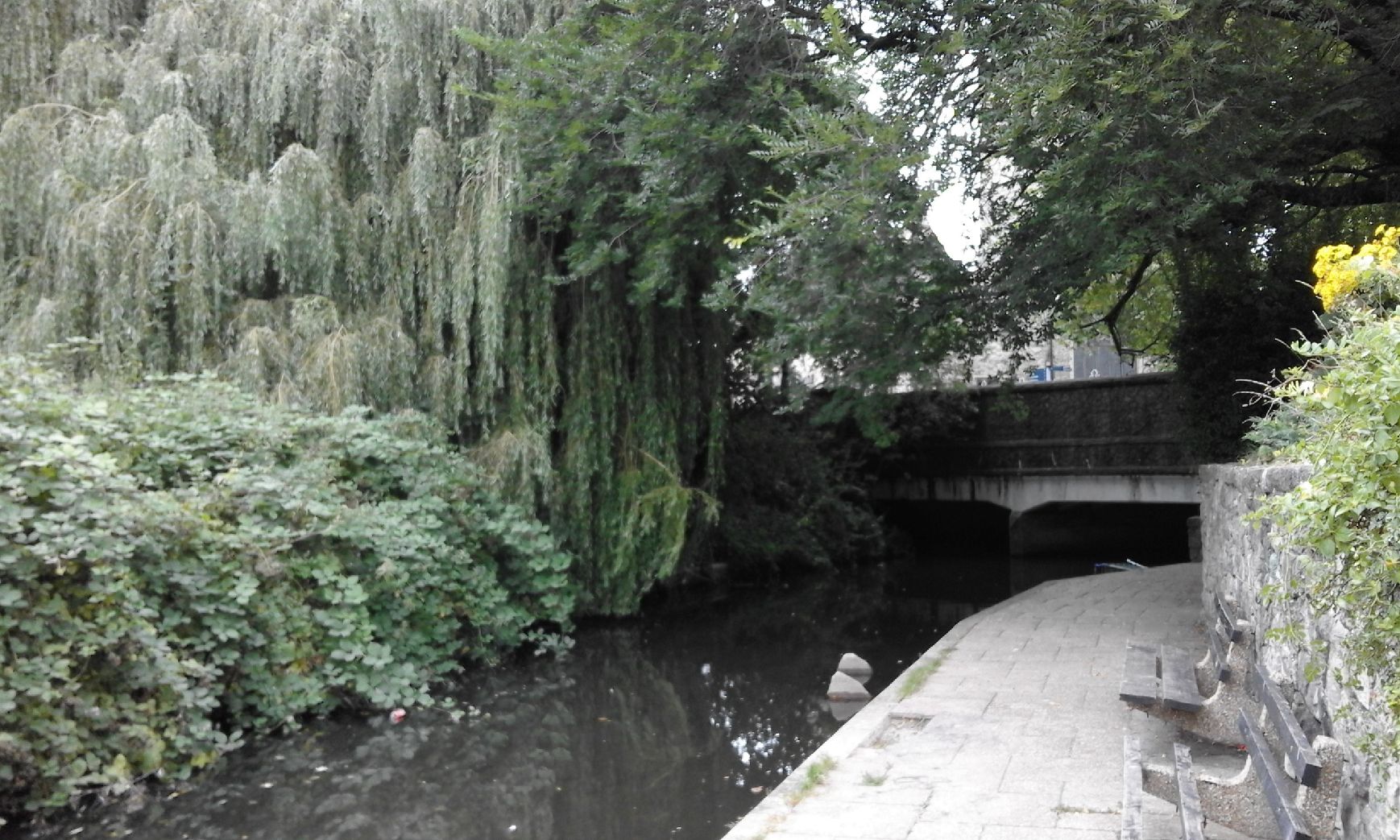 We arrived to find a man fishing in the still, murky waters. Respectful of the fisherman, we found an area just before one descends into Bridge Gardens where we could connect with the energies. We felt especially moved to send healing and decided this would be a perfect space to create a mandala. Intuitively, we placed crystals and stones we had brought with us, and arranged twigs and leaves around it. When it was complete, we stood in a circle around the mandala sending healing to the space. 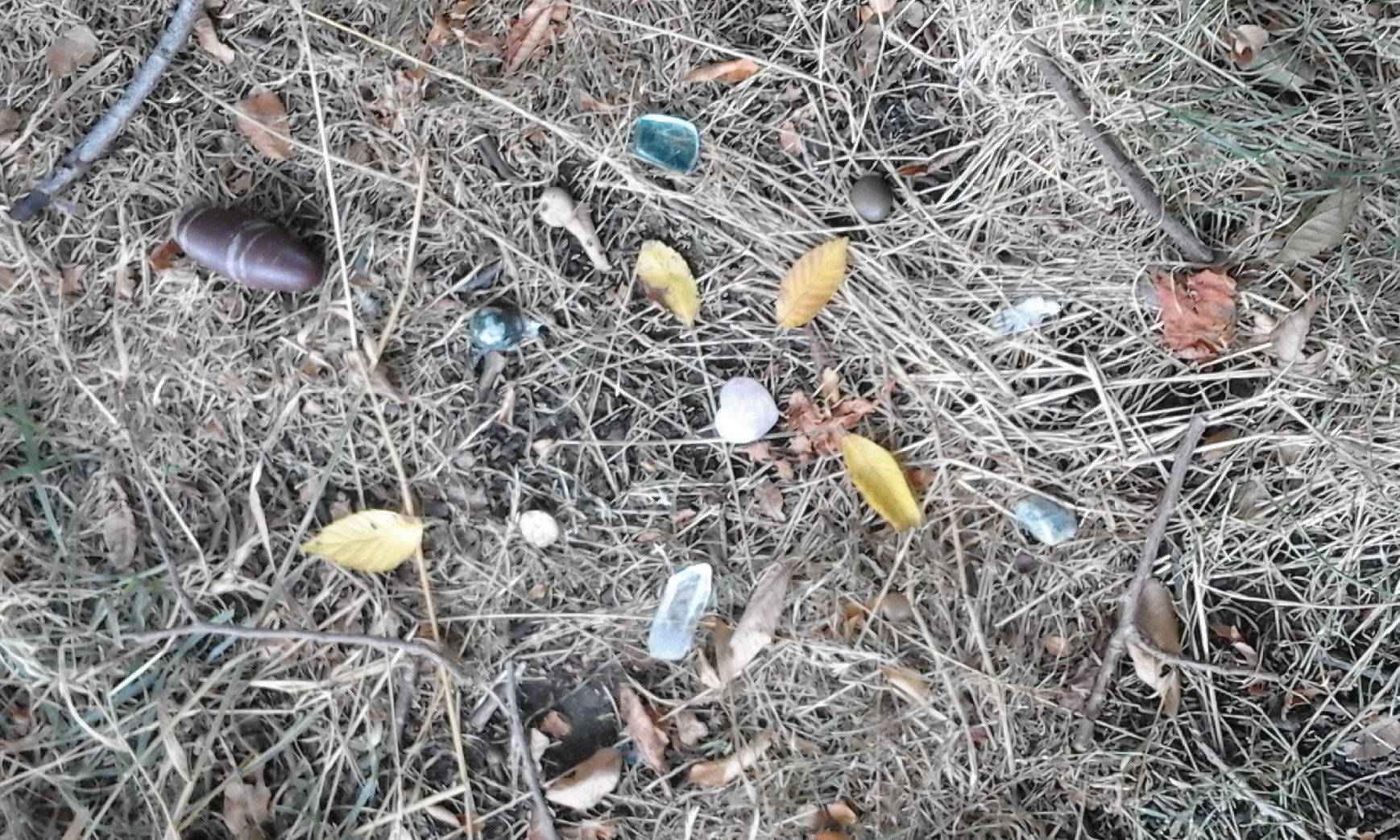 A crystal heart formed the centre of the mandala, with crystals and stones surrounding it. Leaves were added, and twigs arranged surrounding it in a rough circle

As we sent healing, I could feel a column of light descending into the centre of the mandala, and spreading outwards in all directions. Others felt the energy flow and move through the surrounding area. When it felt appropriate to end the healing, we noticed that the environment felt subtly different. The river water seemed to be flowing just a little more freely and easily. We collected our crystals, but left the rest of the mandala in situ.

From Bridge Gardens, our next stop was at St Saviour’s Walk which follows the River Darent running behind Holy Trinity Church. We would be following the course of the river from now until we reach the marshes. St Saviour’s Walk is guarded by a great London Plane which holds the energies of this space. We greeted the tree and could feel the energies from the mandala we had created rippling along with the river
and to us from across Bridge Gardens. 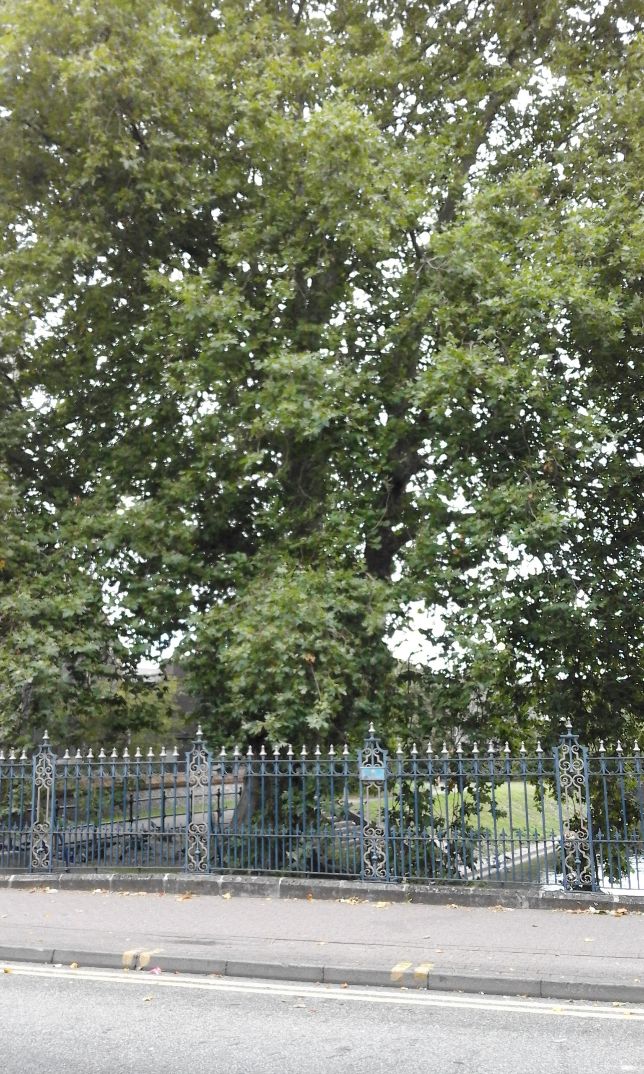 We continued our walk along the curving path and came to a spot where a Horse Chestnut’s leaves were looking unwell. It was felt that this part of St Saviour’s Walk again could benefit from healing. We felt it as a place where people passed through, and little notice was taken of the plants growing here. We stood in a circle, sending blessings and healing to the space.

The path wound round and under a subway where the acoustics offered opportunity for a member to send healing by toning. From the subway, we followed the path behind the County Court to the Wonder Vine.

The Vine was planted in the late 70s by Les Stringer and became known as the Wonder Vine because of the quantity of grapes it produces. The vine grows along a special metal pergola constructed for it. The energies felt good and flowing here. 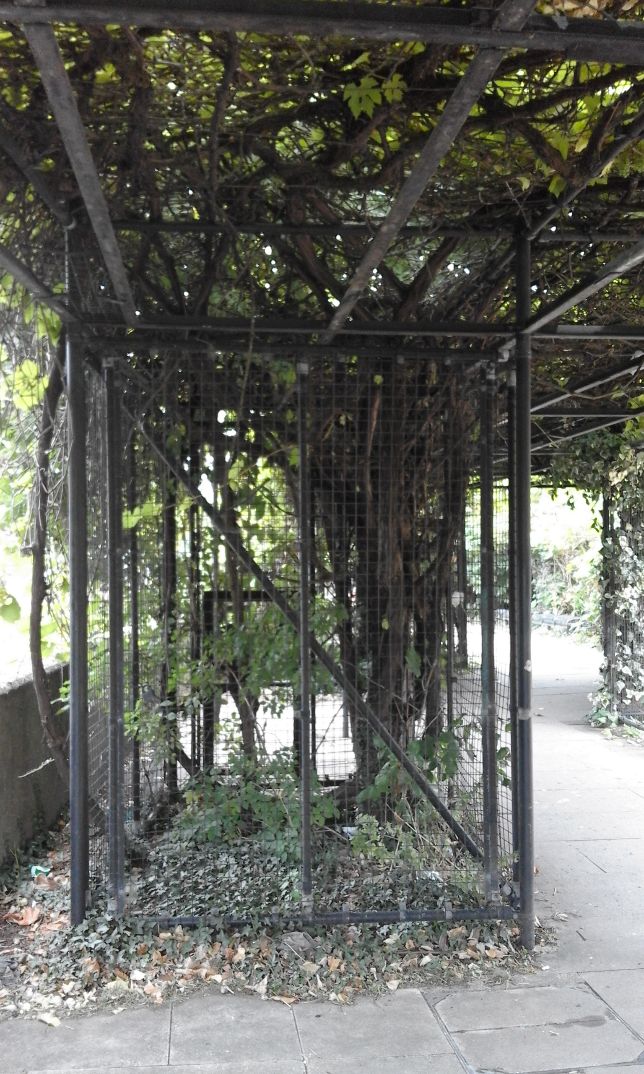 Continuing along the river pathway, our next stop was before a tunnel underneath the railway line which was surrounded by buddleia, hops and Traveller’s Joy. The sound of running water gave the space a feeling of peace and calm.

We crossed to Mill Pond which is the centre of a new housing development, and made our way passed the next guardian tree, a majestic Willow.

We greeted the Willow and I introduced the group to my favourite Alder tree which I feel has a tremendous energy about it. Although young, its aura can be felt emanating from it.

However, next to it, one of the group members connected with a sad energy from a White Poplar. The tree felt lacking in energy. We stood around the tree, placed our hands upon the bark and sent healing. 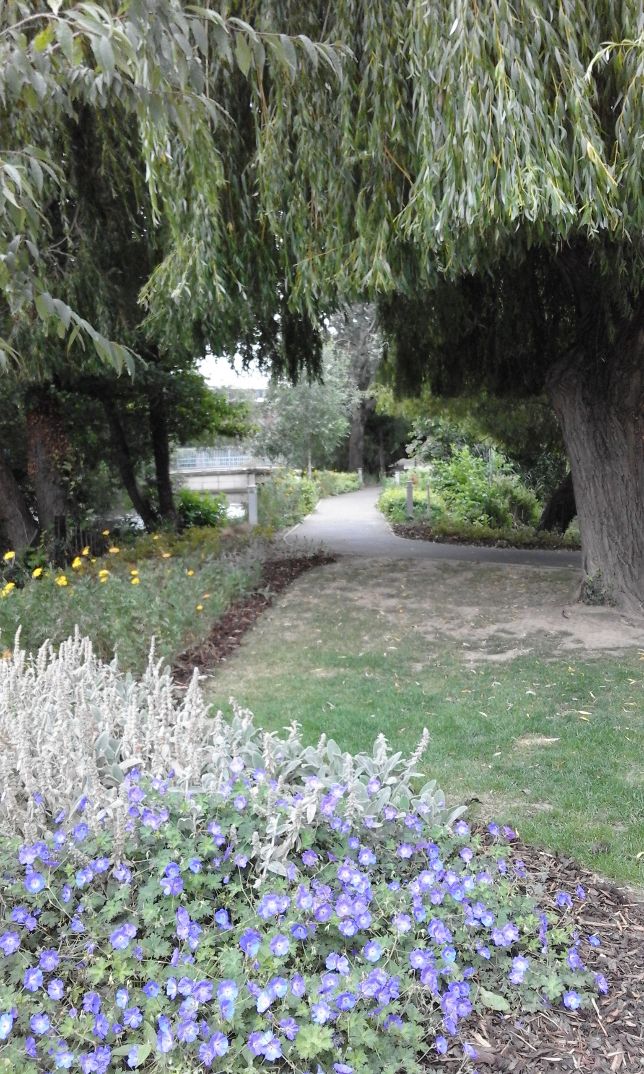 Although many people live around Mill Pond, the area was still allowing us to send healing undisturbed. Afterwards, it felt more peaceful and content.

We followed a path which wound around the high-rise flats, which eventually led onto the pathway to the marshes. We stopped to connect with the land at certain points, to smell the last Honeysuckle flower in bloom and the salty air of the marshes. On the opposite bank are factories and small businesses and one of these is a drum supplier. We could hear the drums being played extremely loudly and the river responded to this by jumping and splashing as it passed the business.

The pathway led us past an apple tree which hid a secluded area behind it. We left the path to stand in this area and felt that a second mandala was needed to clear this space which unfortunately was scattered with litter. A large stone lay on the ground and we used this as the central point to build the mandala around. We placed our crystals and water was sprinkled upon the central stone in blessing. Again, in a circle, we stood around the mandala and sent healing to the space. 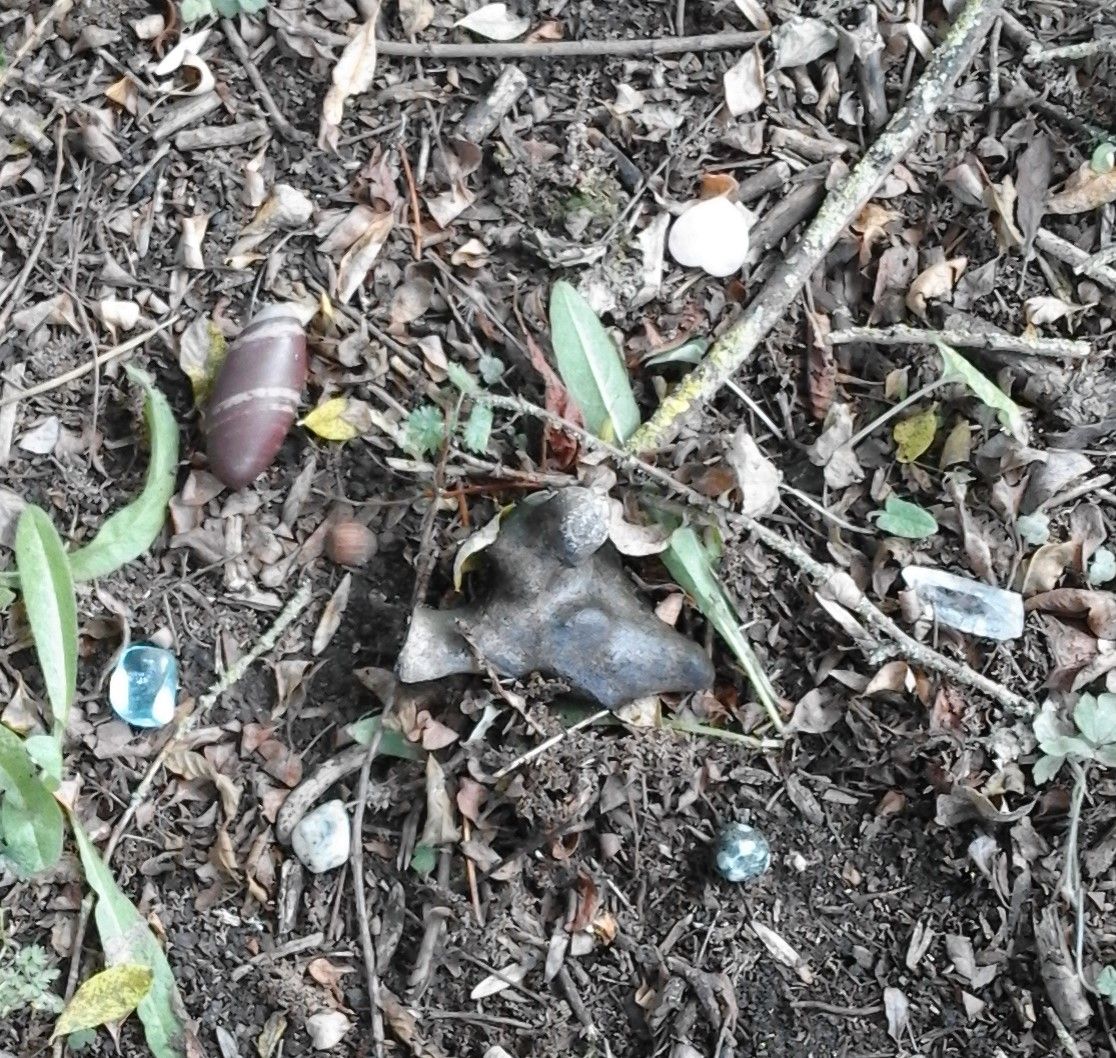 After the healing, it felt to me as though this mandala’s energy had been linked up to the first mandala.

We continued along the pathway up onto the marshes where the air felt clearer and the space opened. We walked along a high ridge (a flood defence?) which meandered in a serpentine fashion towards the subway under University Way which in turn would lead further onto the marshes. From here, we gained an additional member of the group...a dragonfly flew ahead of us, following the snaking pathway. It is said that dragonflies symbolise change and transformation. Perhaps the landscape was showing us that our pilgrimage was having a beneficial effect? The curving, snake like path seemed to match the gentle undulation of the river herself and the pathway through St Saviour’s Walk. I wondered if indeed there was dragon energy in this area. 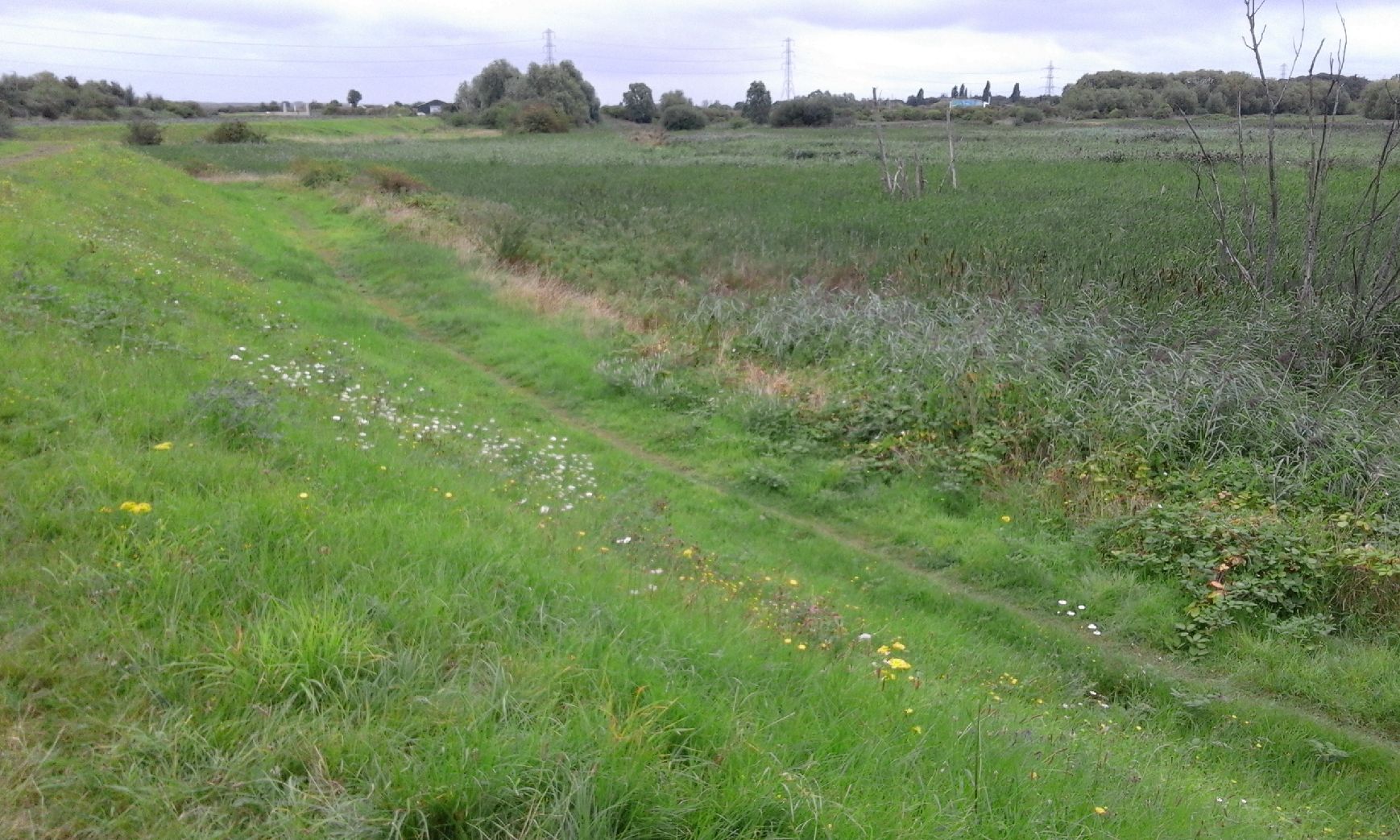 We followed the track way to a gentle slope which allowed us to walk back the way we came but on a lower path. As we walked, we tried to connect in with the energy of the landscape to see if our activities had made any difference to the places we had visited. The energy of flow felt more powerful. The conversation of the group was upbeat, and the energy propelled us along at a seemingly quicker pace.

The waters of the River Darent seemed to be flowing more swiftly. The White Poplar at Mill Pond felt so much happier. The birds were in full song at the Wonder Vine. Back to St Saviour’s Walk, and the place where we had stopped by the Horse Chestnut which had felt neglected, now felt happy and noticed.

We were keen to see how the energy of Bridge Garden’s felt. When we arrived, we were greeted by the fisherman with a wave. The energy felt greatly improved. The water was flowing and there was a calmness to the atmosphere. Although we felt more work was needed, we were pleased to have been able to offer something to the space. Back to Acacia Hall, and we were to receive another blessing as we caught sight of weasel playing and jumping in the long grasses near the fence which bordered Dartford Park.

Returning to the Beech tree, we thanked the Kindly Luminous Beings for their hospitality before making our way to The Churchyard Tea Room for lunch, reflection and to plan a possible future outing.