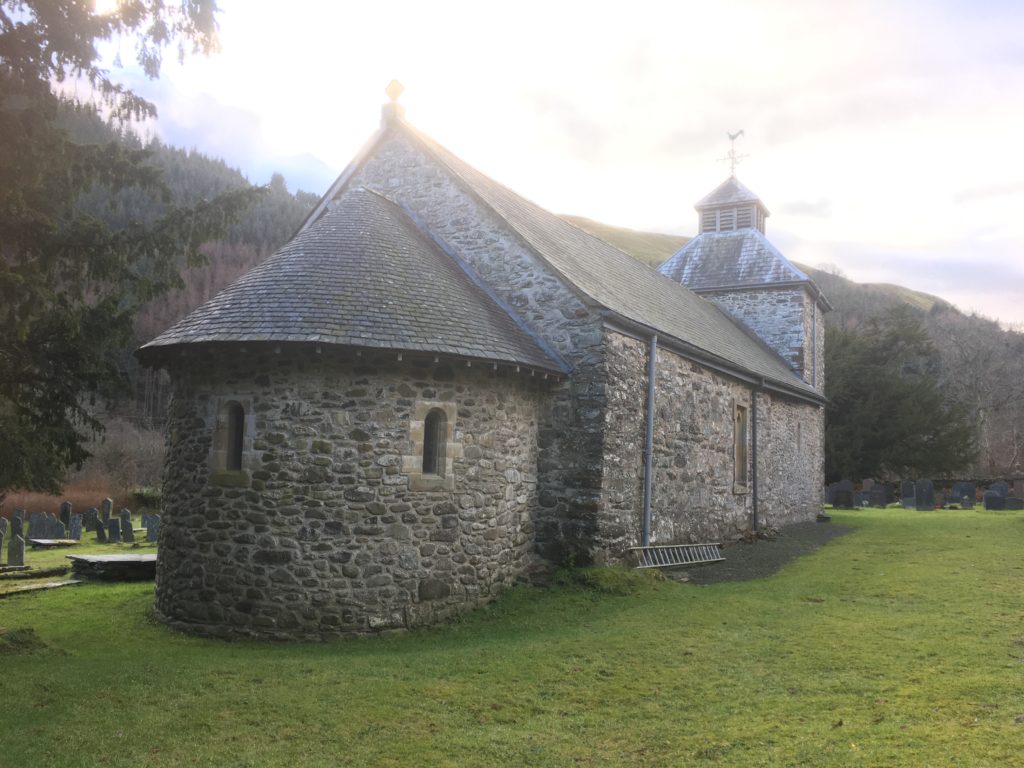 I come from North Wales originally. Even though as a family we moved up to Lancashire just before my 8th birthday I have always felt very much part of the Celtic tribe.

Although I never again lived in modern-day Wales on a permanent basis, for most of my life I have lived in the imprecisely defined Welsh Marches area. In modern usage the Marches is often used to describe those English counties which lie along the border with Wales, particularly Shropshire and Herefordshire, and sometimes adjoining areas of Wales. However, at one time the Marches included all of the historic counties of Cheshire, Shropshire, Herefordshire, Worcestershire and Gloucestershire. Anyone who drives in the Marches area will be struck by the many times you leave and enter Wales and England as if in a jigsaw puzzle. It always strikes me as strange to imagine that this now relatively sleepy area of the UK was once such a hotbed of strife between the nations for so many centuries with boundaries changing regularly over time. Indeed, Offa’s Dyke traverses Wales and the Marches from Liverpool Bay near Prestatyn down to the Severn Estuary near Chepstow.

I discovered St Melangell’s Church in 2001 when I was living 5 miles west of Ludlow a few miles inside Herefordshire but with a Shropshire postal address, again an indicator of the fluid border.

Over the years there have probably been about a dozen occasions when I have woken up and known I had to be somewhere that day. I always followed my intuition when this happened. I remember going online and searching but what for I can’t now remember. I came across the name of St Melangell and set off to Pennant Melangell at the head of the Tanat Valley in the Berwyn Hills of Powys about an hour away.

St Melangell was a female saint of the 7th century. According to tradition she came here from Ireland and lived as a hermit in the valley. One day Brochwel, Prince of Powys, was hunting and pursued a hare which took refuge under Melangell’s cloak. The Prince’s hounds fled and he was moved by her courage and sanctity. He gave her the valley as a place of sanctuary where Melangell became Abbess of a small religious community. After her death her memory continued to be honoured, and Pennant Melangell has been a place of pilgrimage for many centuries. Melangell remains the patron saint of hares. 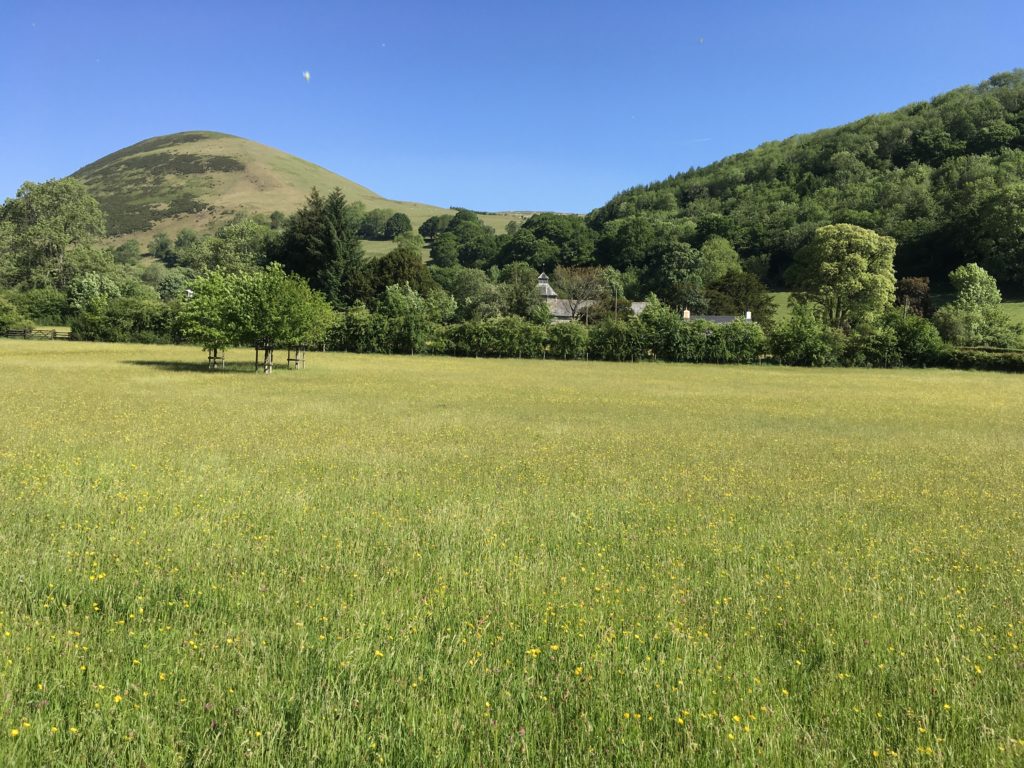 The Shrine Church of St Melangell nestles at the end of a long lane. This is the only route in and out for cars. As I drove, I felt an increasing sense of expectation. At the end you pull into a parking area which I later discovered had been used as a gathering place in the past for outdoor meetings ... and cock fighting too apparently. The latter activity seems strangely at odds with both St Melangell’s affinity with animals and the peaceful nature of the area now, although it would have been a busier community in the past before farming practices changed.

As you enter through the lych gate and into the churchyard you feel a sense that this place has been a much-loved place of gathering for centuries and indeed millennia. The churchyard is round and stone-walled with ancient yews which are verified to be at least 2000 years old. Inside is a plaque signed amongst others by Sir George Trevelyan and the actor Robert Hardy which certifies the yews as being at least 2000 years old. 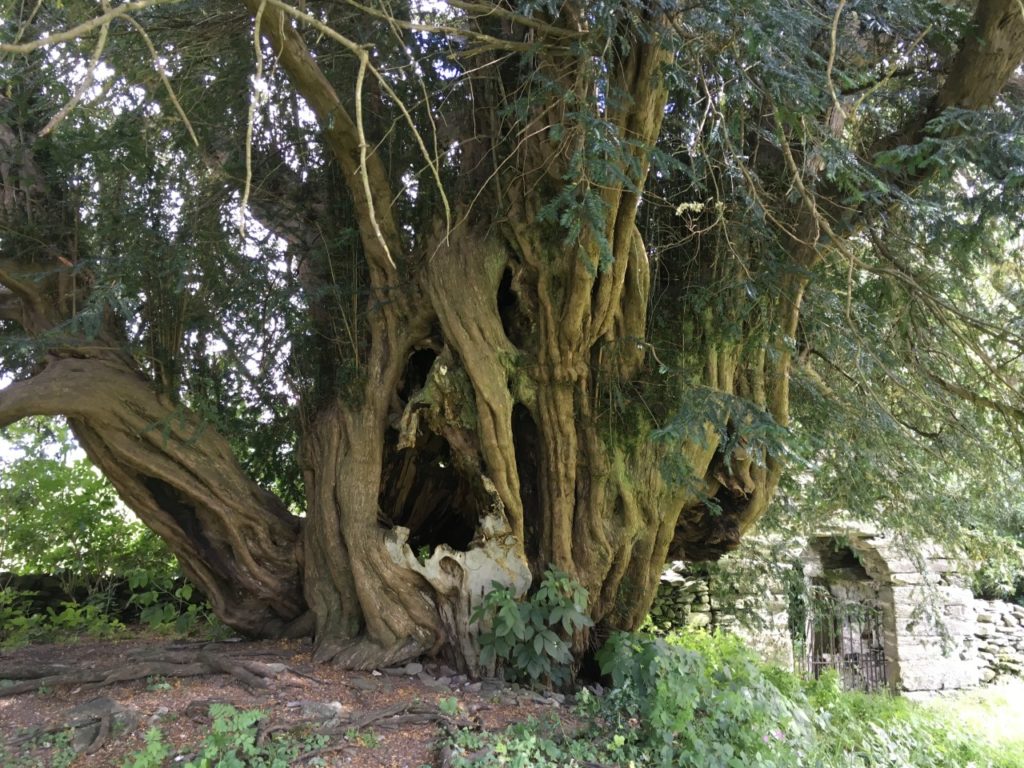 I find it interesting that the Reverend Christine Browne is known as the Priest Guardian of Saint Melangell’s. Apparently, she was one of the first women to be priested in the Church of England.
More information on the church can be found on its website. (https://stmelangell.org/the-shrine-church-of-saint-melangell/ All photos from the website.)

I had the whole place to myself throughout my visit although inside there were signs that there had been a recent gathering there. I looked at some of the sheets and discovered that the day before there had been a service for St Melangell, her Patron Saint’s Day in the Church of England. I muttered under my breath in frustration that my intuition had gone somewhat awry that day. Then I continued to look at other information sheets and found that the Church of Wales commemorated St Melangell’s Patron Saint’s day a day later ... 28 May today!

When Jane Withers and I spoke about me doing an article, St Melangell’s Church immediately came to mind. Two years ago, my old laptop broke and I wasn’t able to transfer all my data to my new laptop. I was unable to find any photos I had taken to support this article. However, I came across a film I had taken on 28 May 2010, St Melangell’s Patron Saint’s Day in Wales. I had forgotten about the film and indeed had never viewed it since I downloaded it. That means unfortunately that is unedited. It is literally 48 minutes of me filming my journey along the lane to the church, a wander round the churchyard then into the church with my commentary. I think it must have been a few years since I had last visited. Therefore there was a sense of wonder and visiting anew in what I was saying. If you’d like to experience that pilgrimage, please follow the link and feel free to fast forward and skim. I did not have time to edit the film before the newsletter’s deadline as I am currently in rural France with very poor wifi for editing properly. It literally ends with one of my lurchers, Bran, named after the great Celtic god (and dog!), coming into shot. Appropriately he had been rescued from Ireland, a parallel with the story of St Merlangell. Maybe that was how it was meant to end ... a hunting dog who was at peace and not chasing hares!
Link to St Melangell film in my dropbox folder.