Stanley Messenger was, in former years, an expert on butterflies, both British and European, and I think had taken part in a number of surveys in different parts of Britain. He told us that when he was a child you could see literally clouds of butterflies in the countryside. It was probably in 1979 that he invited several people to become part of what he called ‘The Butterfly Group”. The initial meeting was in a flat in London. Those present, apart from Stanley, were Jean Lynch, a eurythmist and astrosopher; June Marsh, dancer, choreographer, crafts person; myself and possibly Ann Bomann, Egyptologist; although she may have joined later, as we had several subsequent meetings at her house. There may have been one more person, but I can’t remember for certain. 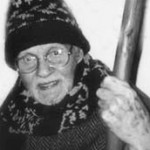 Stanley presented a slide show of butterflies and introduced us to the various families and species. His real intention, he explained, was to look into the spiritual significance of butterflies and their importance for human beings. According to Rudolf Steiner the butterflies help to guide incarnating souls to their chosen parents, so they have a vital role to play for us. Stanley also described how what we see of butterflies is only the material tip of great beings, whose presence extends far out along the upper edge of their wings into the invisible worlds.

At that meeting he told us that he had met a young man who could see elemental beings and whom he felt should be part of the Butterfly Group. This was Peter Dawkins. With agreement from all present an invitation to Peter was duly extended. There may have been meetings at Ann Bomann’s after this, but the next one I remember clearly was in Rhandyrmwyn in Wales, not far from Coleg Elydir, where Jean Lynch worked in the community there for special needs people. Jean invited us to her room at the community and then took us to see the special place of which she felt herself to be a guardian. This was the first meeting Peter attended and was probably in early autumn 1979, because I remember our family had only just moved into our first Gloucestershire home then, having moved from Oxfordshire. Jean took us to an impressive place. We looked down from above, among trees, onto a swirling pool of water where two streams met (with a rounded rocky promontory between them) to become the Tywi River. 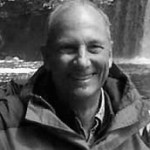 As we looked down on the boiling cauldron beneath us, Peter described the circle of beings he could see around it and told us that the bluff between them was the throat chakra of a landscape temple. I remember feeling very moved by this and knowing that it was something with which I was very connected. I think we all had similar feeings. Peter told us that he had been expecting to find a group like ours and knew that this was the one.

There followed several trips to the Tywi Valley with Peter and Stanley as we began to explore the chakra system and learn about the characteristics of each chakra as it was expressed in the landscape. We had found a cottage to rent near to Coleg Elydir, where we could all stay and make our meals. Out of this work the whole concept of Landscape Temples was consolidated and we all began to be aware of such alignments elsewhere. On one occasion Peter and I explored the Severn Valley alignment. This was my first introduction to trusting my own inner vision. At each chakra Peter asked me what I could see. This was pretty challenging at the time but, finding that what I saw fitted well with Peter’s perceptions, I soon began to feel more confident. I have a lot to thank Peter for and I imagine the others in the group would say the same. 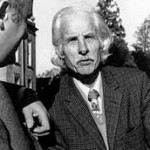 Out of this initial research grew an expanded group which included Sir George Trevelyan, Colonel Tom Welch, Lorna St. Aubyn (founder of the Le Plan Centre in Provence), Shauna Crockett-Burrows (editor and originator of Positive News), Alick Bartholomew (author, and publisher of Gateway Books) and many other luminaries whose names I have now forgotten. 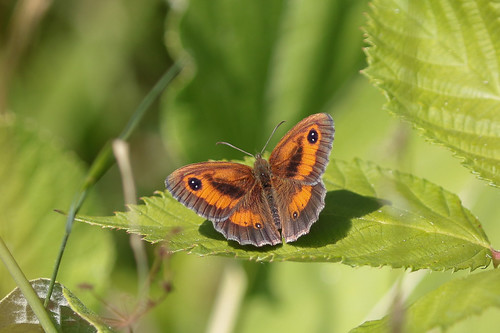 One major meeting of the Gatekeeper Trust, though it was not yet named as such, was at Springhead, the home Marabel Gardiner. It was during this meeting that the name of the trust was decided upon, after the little Hedge Brown butterfly, which can often be seen in gaps in hedges, natural portals. The male of the species also has a lovely chalice form on its orange upper wings.

1981-83 were the three years of the Michaelmas Pilgrimages, so named because they took place over the late September Michaelmas period and because they followed the Michael Line from Glastonbury to Lands End, visiting sacred sites and St Michael churches on the way. By this time my husband, Rob, was also part of the group and we both went on all three pilgrimages. Rob and I took on the role of resident troubadours and played my songs at most of the sacred sites. For us this was a really lovely thing to do. Gatekeeper and the subsequent gatherings at Edme di Pauli’s home, Stanley Hall, inspired several songs at the time.

Meanwhile Peter was extending his vision of the temples of Europe and we began to explore the Britain-France alignment. A small group, of which Rob and I were a part, undertook to research the base and sacral chakra sites in France, moving into Templar and Cathar areas in the South and South West. I remember our visit to Les Saintes Marie de la Mer with its gypsy sacral energy and Maguelone, right on the south coast in the Carmargue, where, so legend has it, Mary Magdalen and Joseph of Arimathea landed from the Holy Land.