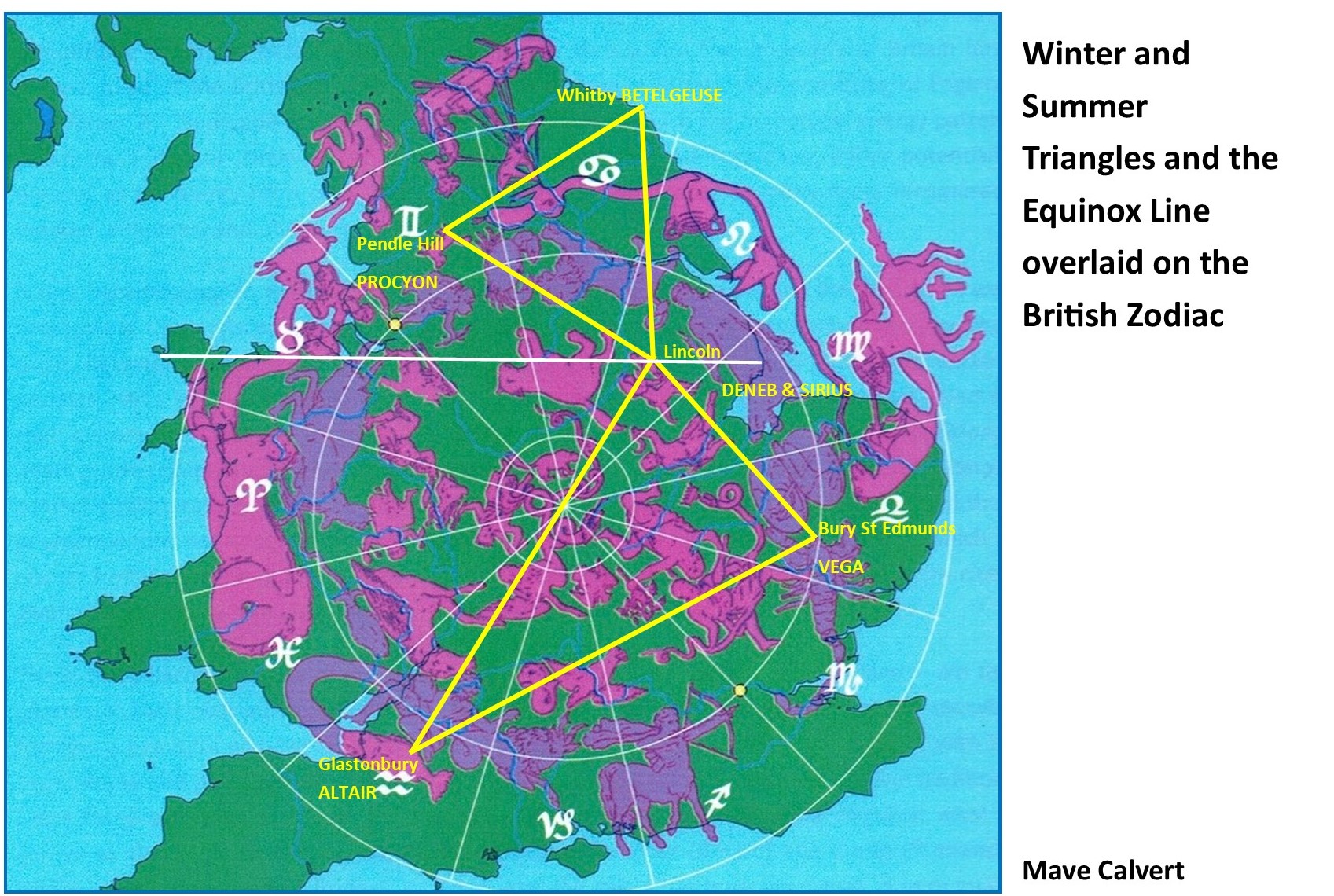 Recently, I started reading Jill Smith's book ‘The Gypsy Switch and Other Ritual Journeys’. I found it very interesting that she spent the Spring Equinox in Anglesey and the Autumn Equinox in Lincoln. Some years ago, I noticed that there are a pair of energy "dragon" lines weaving their way between the Lincolnshire Coast and Anglesey, one of which goes through my garden and also sends an offshoot out to Arbor Low. I had called this "The Equinox Line", which fits very nicely with Jill's Gypsy Switch pilgrimage. 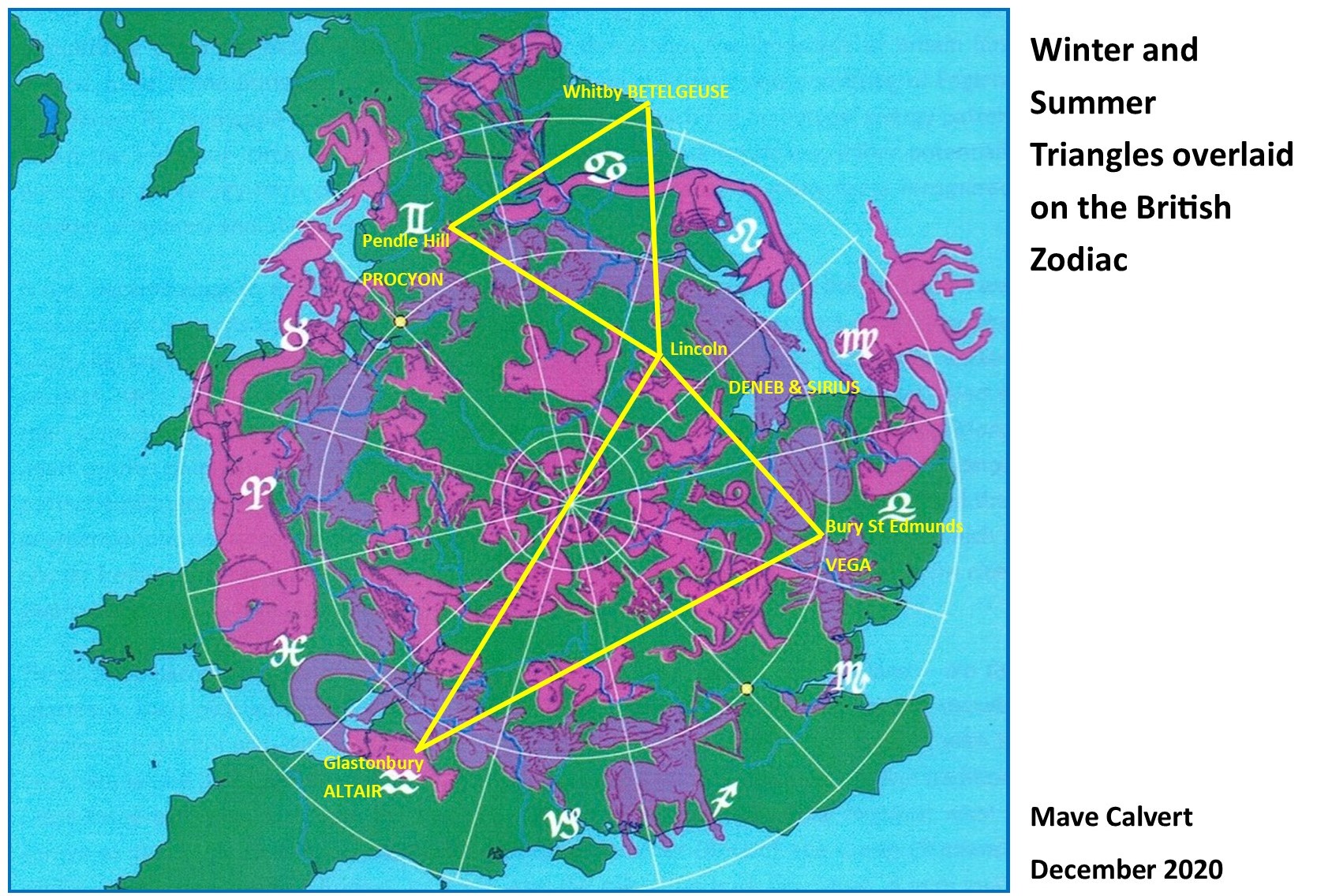 As well as "The Equinox Line", I have found quite a bit of landscape geometry over the years or, to be more accurate, it has found me. Most of it is in the form of pentagrams. but there have been two other geometries that reflect the night sky. The first is a representation of the celestial Winter and Summer Triangles in the English landscape and the second is a mirror image of the constellation Cygnus in the Yorkshire landscape. 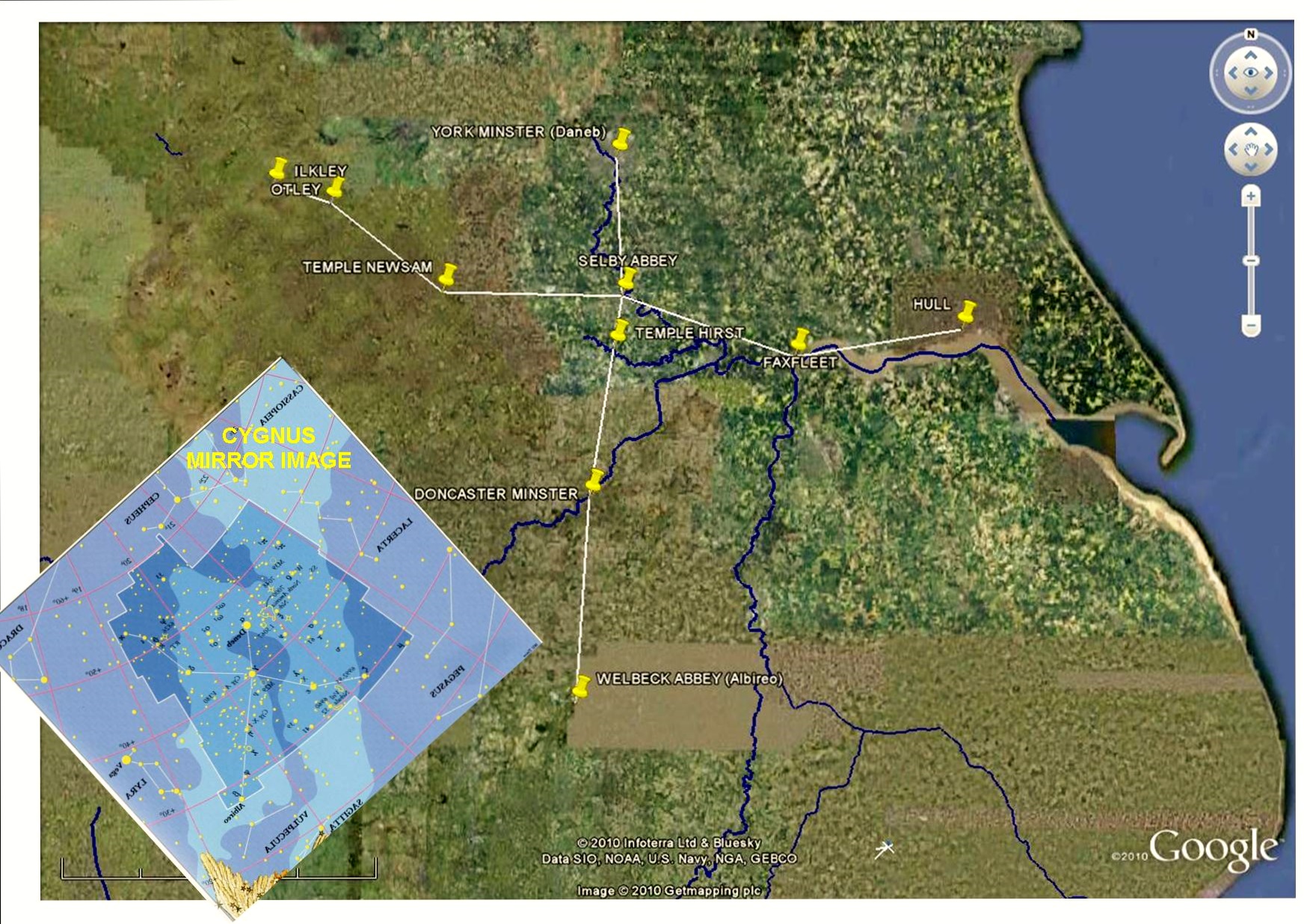 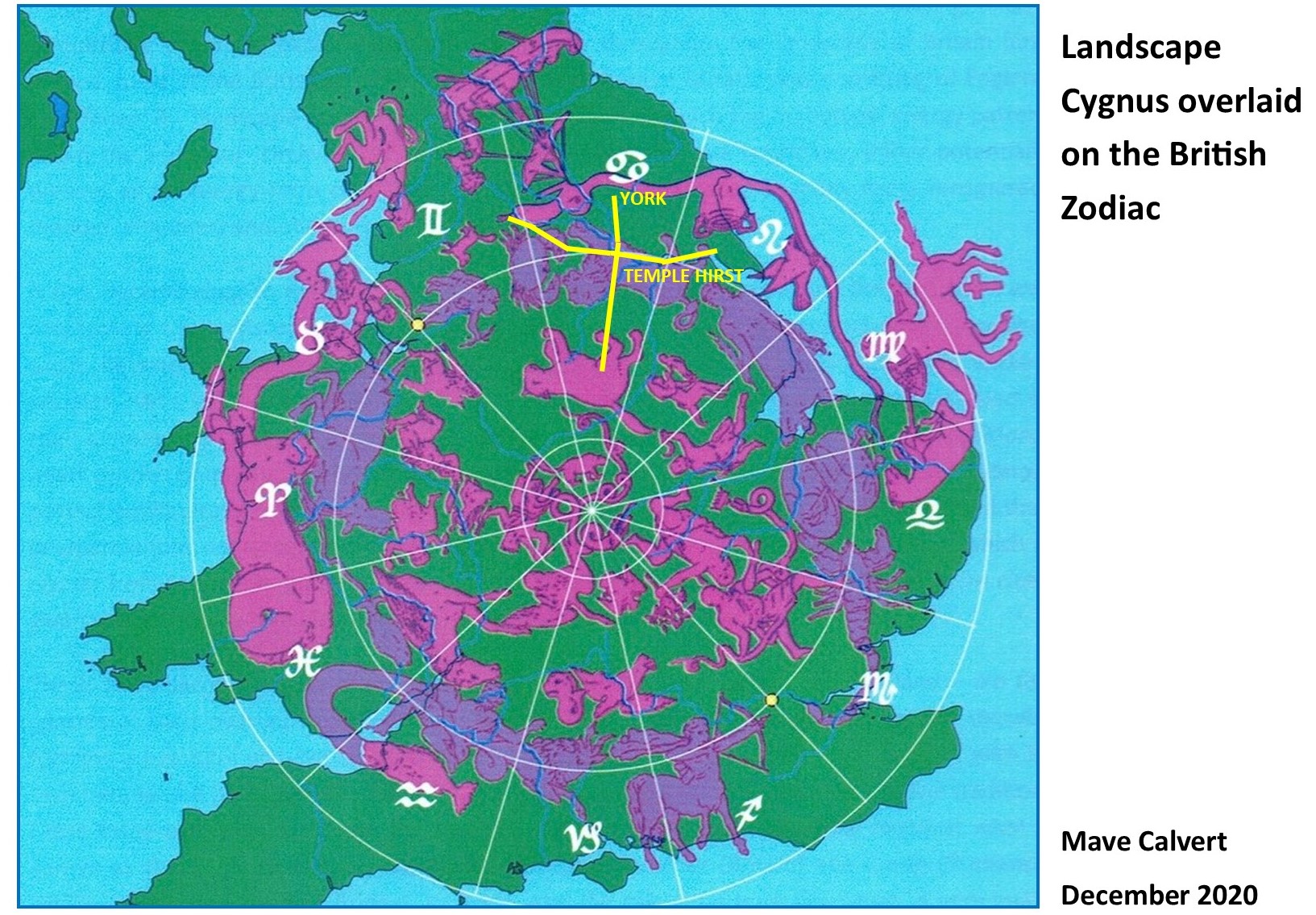 The mirror image of the landscape Cygnus starts at York Minster (Deneb), passes south through Selby Abbey, Temple Hirst, Doncaster Minster and ends close to where I live in North
Nottinghamshire at Creswell Crags / Welbeck Abbey. The wings extend from Ilkley to Hull passing through Otley, Temple Newsam, Temple Hirst (former Templar Preceptory) and Faxfleet (former Templar Port). Temple Hirst is the midpoint where the body and wings meet. 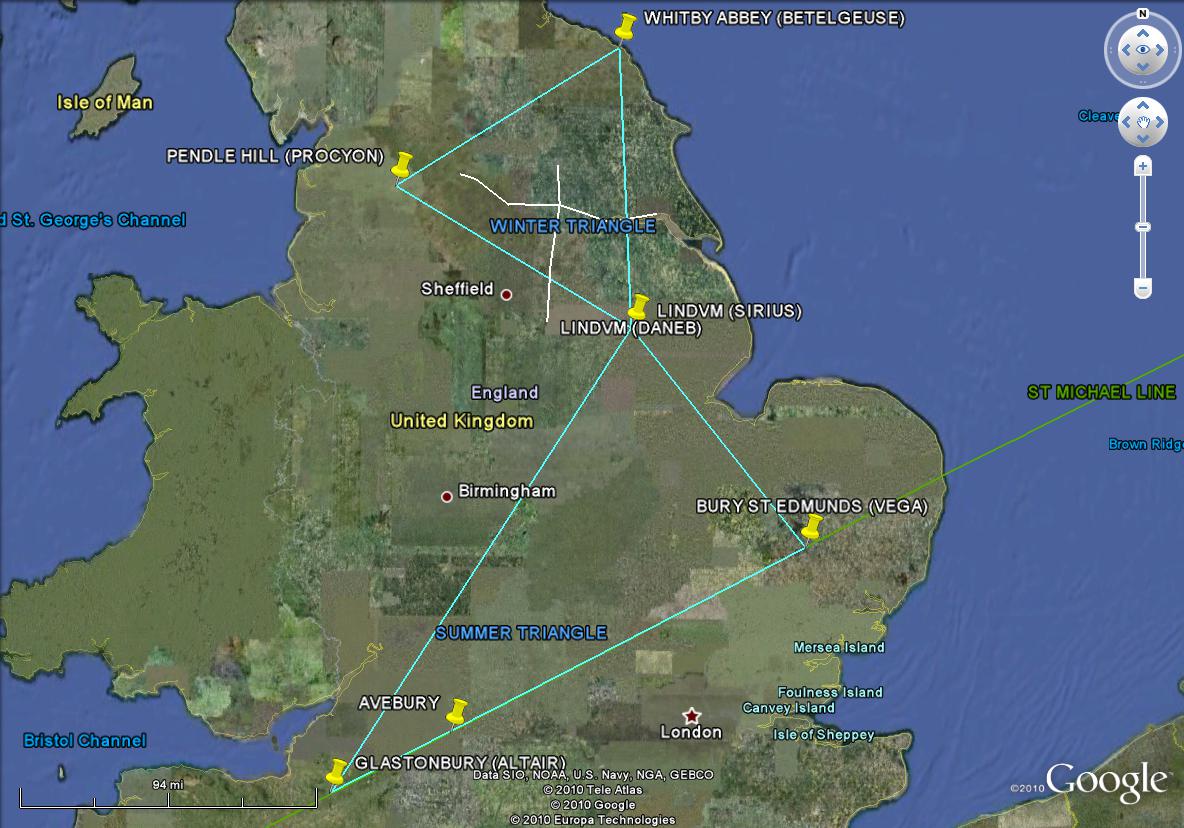 I always knew these two would one day prove to be significant but was never really sure where they fitted in with everything else until I tried to overlay them on the British Zodiac a couple of days ago.
Zoence | British Landscape Zodiac, Celtic, Roman energy pattern

Interestingly the Lincoln to Glastonbury Line appears to pass right through High Cross and the Swan appears to be flying right towards High Cross. More to discover, no doubt...

One thought on “Stars in the Ridings”