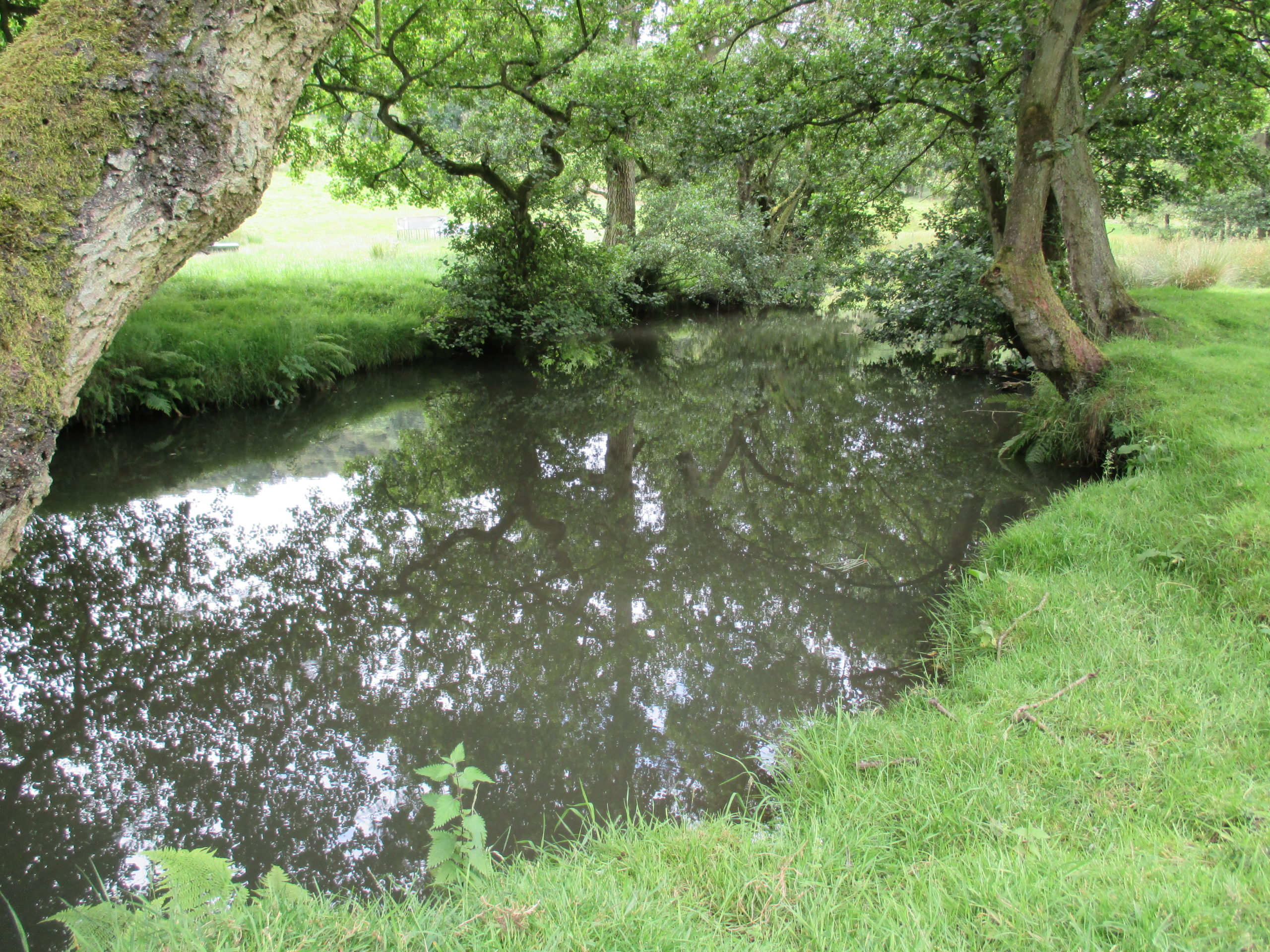 Ilam is set just inside Staffordshire and nestles below the landmark hills of Dovedale in a wooded vale close to the confluence of the rivers Manifold and Dove.

It is a beautiful area which attracts many visitors so its best experienced towards dawn or dusk to feel enrobed in its healing quality. 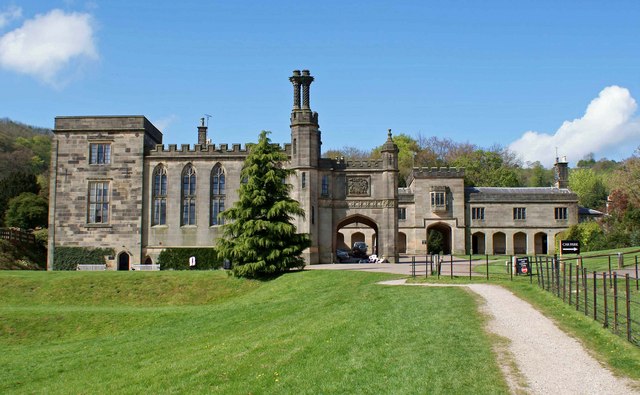 The village itself is made up of Swiss style buildings constructed in the 1840’s because its former owner Jesse Russell Watts thought the Dovedale hills reminded him of the Alps. He was also responsible for the construction of the gothic Ilam Hall (photo) of which part remains and is now owned by the National Trust.

However, Ilam is reknown to the spiritually minded as an early Christian pilgrimage site. A document from 1004 shows one Wulfric Spott, a major landholder of the time, gives Ilam as a gift to the monks of Burton Abbey. Even though a church is not recorded in the Domesday book it’s clear that there was something already special about the area which would have drawn people centuries beforehand. Apart from the aforementioned confluence, the landscape is subject to a natural phenomenon occurring in the summer months in which the River Manifold disappears underground, only to miraculously reappear in September joined by a sister river, the Hamps, in an area known as the’ Boil’ or ‘Broil holes’ close to the shrine. The placename Ilam itself is said to derive from Old Norse ‘Hylum’ meaning ‘at the pools’ or ‘deepest parts of the river’.

The church of the Holy Cross, despite being redesigned by George Gilbert Scott in the 1850’s, still possesses herringbone masonry and a tall blocked Saxon doorway which shows it is of great age.

In the churchyard are 2 preaching crosses which contain faded knotwork patterns. It’s not known if these were removed from other areas and placed within consecrated ground or whether they were there before the church. I would suggest they were brought in from elsewhere, as Ilam fell into the ancient Kingdom of Mercia part of the Anglo Saxon Heptarchy (527-879 ad) which had a late conversion to Christianity.

The Church of the Holy Cross, Ilam 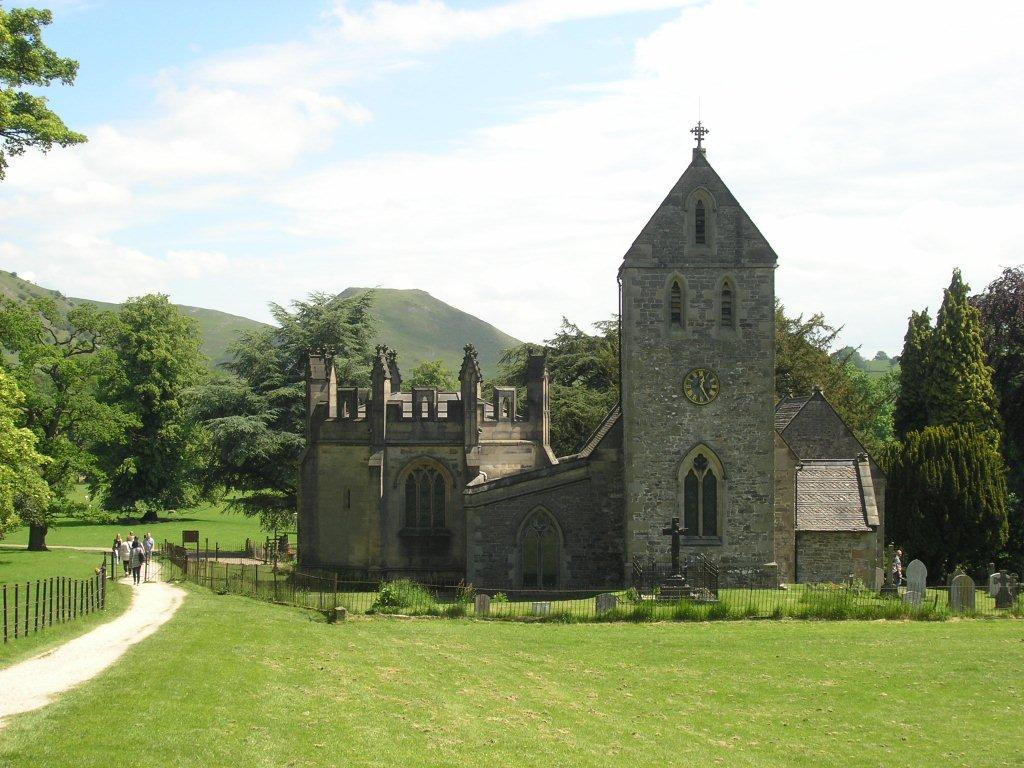 When the village was being turned ‘Swiss’, yet another cross known as the Battle stone was found under the footing of a cottage. This was relocated inside the grounds of Ilam Hall and is said to commemorate victory of the Saxons over the Danes. This cross appears to be later dated than the pair in the churchyard at 11th century. So what was the need which drove people to plant such carved stones here? 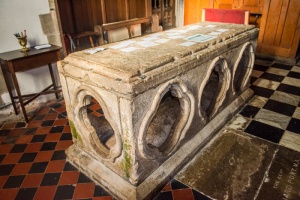 We return to Mercian times again and find a legend of a royal known by various names all beginning with a B. At Ilam he is known as Bertram but has been known in other places within the old Mercian kingdom as Bertelin or Barthelm. Bertram was said to be of royal blood, was a follower of the converted pagan St Guthlac and had married an Irish princess. While sheltering in a cave in the Manifold valley she gave birth. However, Bertram’s joy was short lived as while out hunting for food his wife and child were devoured by wolves. So he gave up his royal privilege and became a hermit. When he died a shrine was created at Ilam. The medieval remnants of the shrine still exist and are found in the south aisle of the Holy Cross church. To this day people place prayer cards and flowers on this stone tomb with quatrefoil openings in which relics of Bertram would have been touched. (Photo of St Bertram’s Shrine) 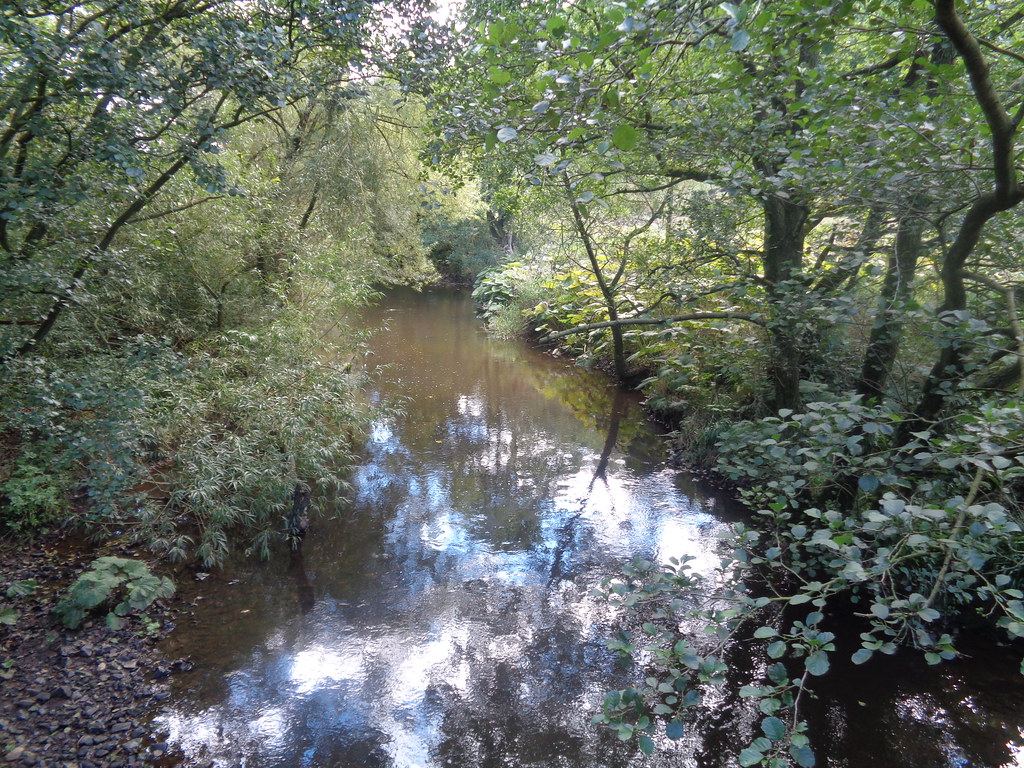 One thought on “Moon in Cancer in Dovedale”