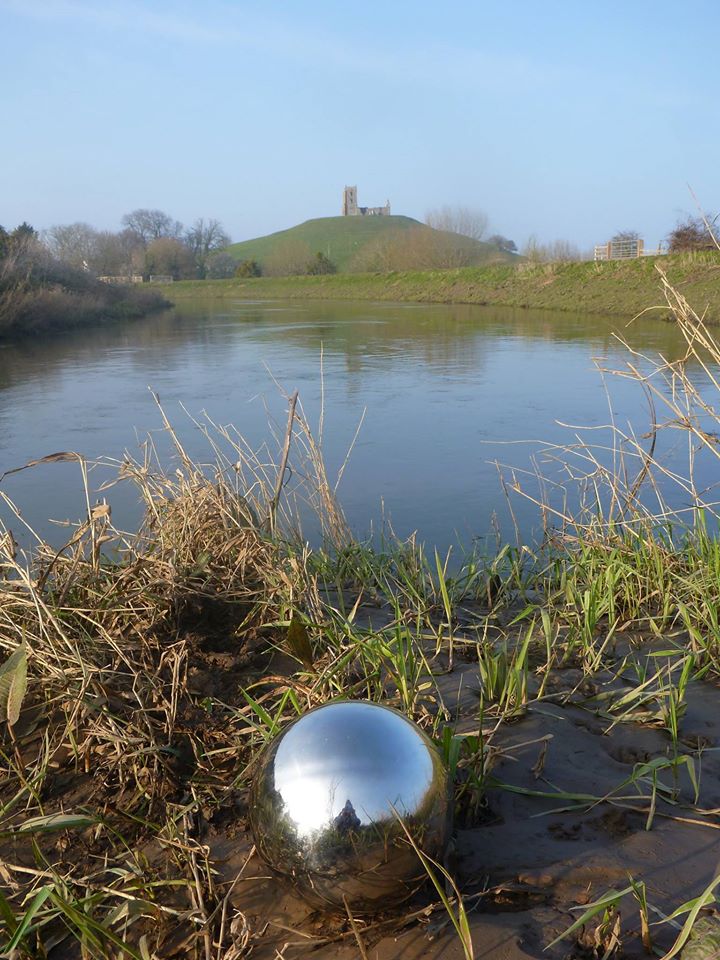 Confluence of Rivers Parrott and Tone.

In January 2013, I started an apprenticeship with my local river, The River Tone, with a visit to the source on Exmoor with a fellow gatekeeper Charlotte Yonge. The ground was waterlogged and as we walked, our steps created bubbling little springs in front of us...it was quite a magical experience. Three large horses tested our courage as they hurtled down the hill and stopped in a line just in front of us. We introduced ourselves to them and to the River Spirits and after making offerings, left feeling enriched and enlivened. 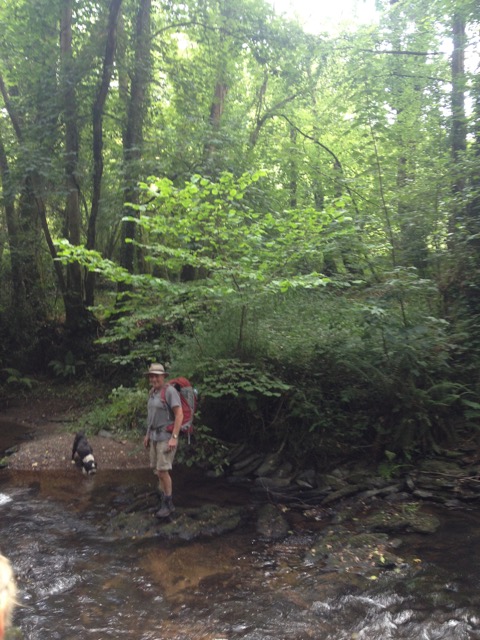 Soon after, it rained and rained and rained and rained and our little river became famous all over the world as it is one of the rivers that feeds into the Somerset levels which flooded that same month. On many levels it was a disaster, and for me it was a chance to glimpse the landscape in its natural state. The Avalon Marshes is a series of fens with low lying Islands popping up out of the waters. It also forced the authorities to review flooding policy by concentrating their resources further upstream.

My village has a wonderful example, a series of leaky ponds which have, over the years that they have been there, changed the character of one valley and created a diverse new habitat. This is part of the Hills to Levels project...

Since then, the river has taken the lead in our relationship, introducing me to other rivers and rivulets in its vast system and to many people along the way. One week, one winter, three people arrived in my life who have all become firm friends, and the river made the introductions. Personally, I have now journeyed on foot from source to sea, and from the confluence at Burrowbrige back to source and back again. Each of the three times it revealed more stories and more secrets.

The Tone joins another River, the Parrott, at Burrow bridge close to Athelney, the place where King Alfred the Great burned the cakes. The river has suggested another path for this story ... Alfred as a young man was mentored by the man who later became St Swithen, who was well versed in Celtic Christianity and was probably a sort of Druid type character who knew how to work with the spirit of place and will have passed this knowledge on to Alfred.

Alfred, as we know, was hiding from the Danes and was in an impossible situation when he arrived on the Levels, but his knowledge of the ways of the land were to his advantage. His cakes were the fungus found on Ash trees which will hold a spark for hours if stored properly, and can travel long distances. ‘King Alfred’s cakes’ meant that he was able to light a fire instantly in the inhospitable fens of Avalon. With the spirits of the land on his side, he was helped to navigate, and they also threw down mists and fog to confuse the Danes, who had difficulty lighting fires in the wet and grew weak and disorientated. The tide turned and Alfred had the upper hand against all the odds, his working knowledge of the lore of the land being the key. 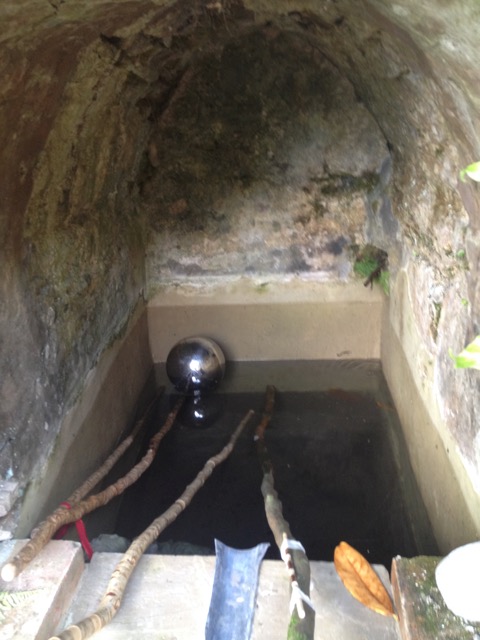 By complete ‘chance’, my new friends and I, six ‘River Women’, were minded to do our long pilgrimages around St Swithen’s day in July, so just last week we had a ‘lockdown St Swithen’s day picnic’ by the side of the river at the most southerly point. I love it when things match up like this as we didn’t even know that St Swithen was even alive at the same time as Alfred when we ‘picked’ this date.

Walking and discovering the whole length of a river in such a way is a wonderful undertaking. We get a sense of where it is flowing in balance and where it is a bit stuck and sluggish. Unfortunately, this is usually due to human activity - dams, reserves, overhead wires, pollution, diversions, motorways, railways and canals etc., etc., but sometimes the most uninviting places are full of vigour while beautiful ones are out of balance. 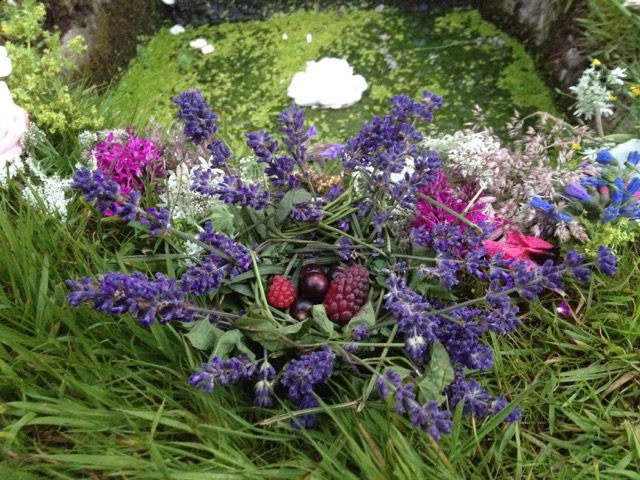 This is where Gatekeepers come in...whether they know they are ones or not! In our case, we are bridge keepers, as at every crossing under or over or through, we make prayers and offerings wherever possible. Each time the offering has been different. Just now it is a herbal tincture
which was dreamed by one of us and of course when we looked it up was perfect. We dream with the river and the river dreams us. At the moment it is telling us to be prepared and to get resilient, healthy and keep grounded. As we dream as a group on each of the full moons, it is
amazing how there are themes which underpin each of the dreaming cycles.

My work with the river since January 2013 has become a massive part of my life and it has enriched it powerfully in so many ways. I now have a sense of how they were once the life blood of the land and its people, and how connecting the rivers were in terms of navigation, transport as well as food and water from fishing, and for irrigation. During lockdown a pair of porpoises was seen at the confluence of the Tone and Parrrot, and there were record elvers and even a rare eagle was spotted flying over. Would they be there if we had not been pilgrimaging along the river for the last few years?

We will never know for sure but the story that me and the river are telling is that these little actions all help, and that rivers all around the world would love (and need) a little help. Once we start, the rivers will start sharing their stories and then our lives become richer too.

2 thoughts on “A Multi-storeyed River’s Tale”