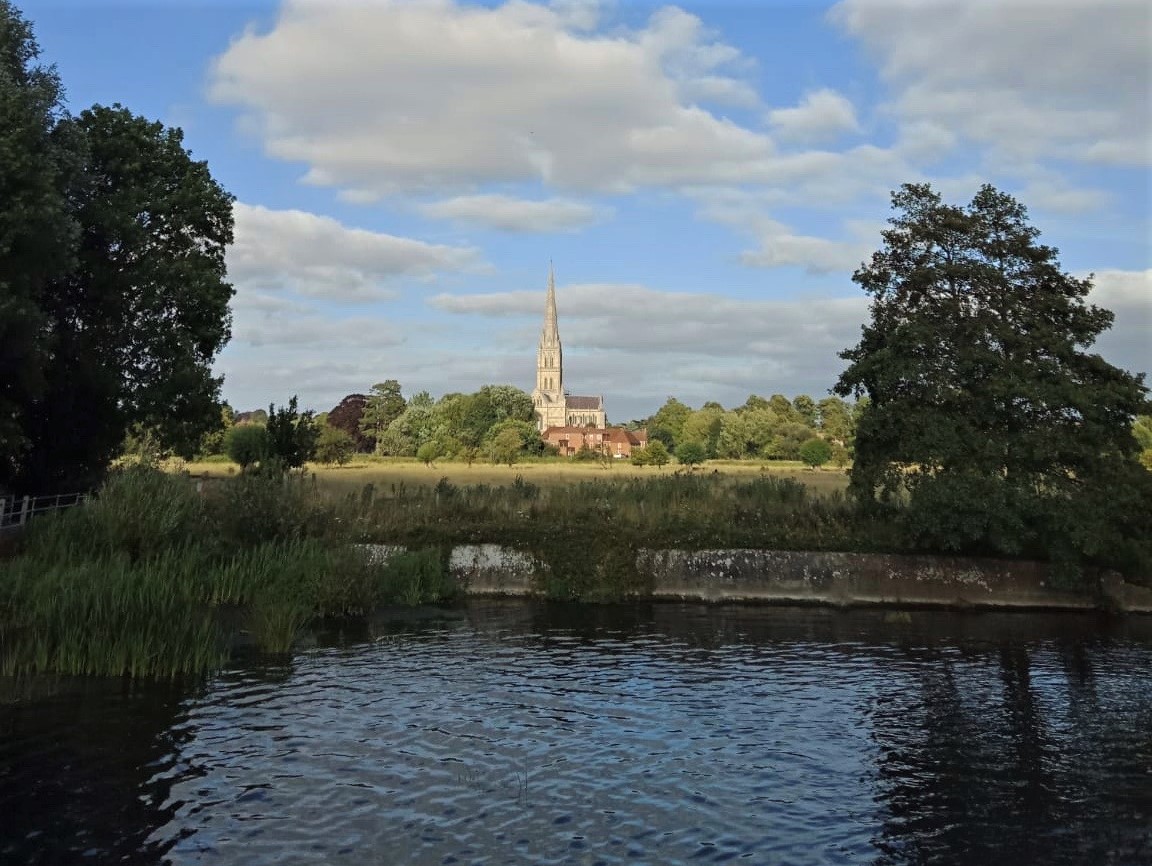 The beautiful cathedral city of Salisbury has suffered 2 traumas to her health and wellbeing in just 2 years... It was in response to the first trauma that a fellow gatekeeper friend and I, initially felt moved to start blessing the rivers of Salisbury. An attempt to heal and transform the dark drama of the Novichok poisonings, which began for the city by the river Avon in the lovely green space, children’s play area and small shopping centre, that is The Maltings. Unfortunately, and perhaps symbolically, before the full picture emerged, the vomit that was the result of the poison was hosed off the bench on which the Skripals had fallen so seriously ill. The mess of the worst of human interaction would have been absorbed by the earth and the river...... The whole area of the Maltings had an atmosphere of stunned silence and deep shock for months afterwards. For a long time a whole section of the land by the river was boarded off.

We began our blessings in October 2018 and where we could, synchronised them with either a new or full moon, attempting to honour the moon’s deep relationship with water. These images show better than words the delighted response of nature to our desire connect and our prayerful singing and sound bowls. 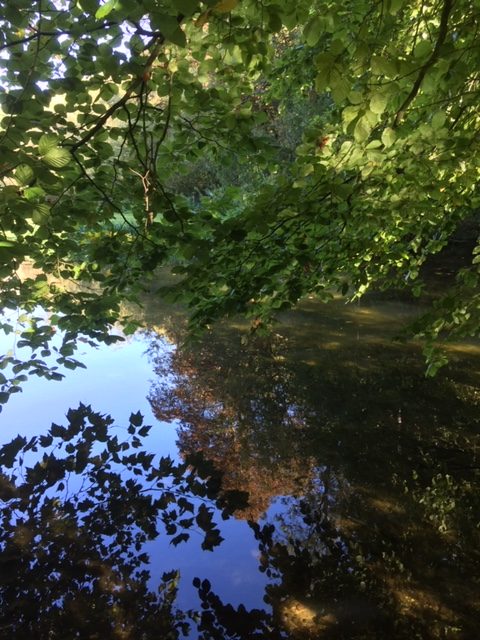 I always sing or hum the Aramaic words of the Lord’s Prayer to the river as I feel it’s so healing in that original form and not separated from its vital cultural and linguistic roots. The first line alone speaks volumes and contains many layers of meaning “Abwoon d’bwashemaya” the words are full of seed sounds, just waiting to be sown and for their beautiful energy to be released and embodied. (for a fuller explanation see Neil Douglas Klotz’s book Prayers of the Cosmos) I feel this is a medicine prayer for the human condition – with the potential to restore us to our right minds and relationship with each other, nature and the cosmos a process and orientation, not a dogma. The very water itself and nature seemed to respond with delight. 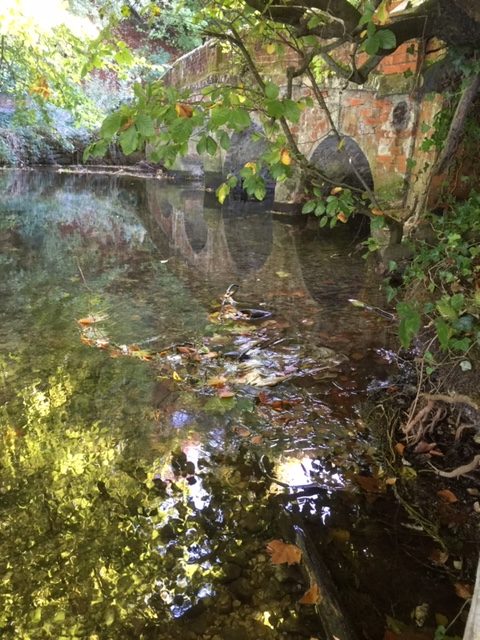 We also sang Spirit of Peace, which ends with the words ‘Mir, Mir oo Mir’ Mir being the beautiful Russian word for peace as well as the name of the space station that was a beacon of co- operation between Russia and America at the end of the last century. 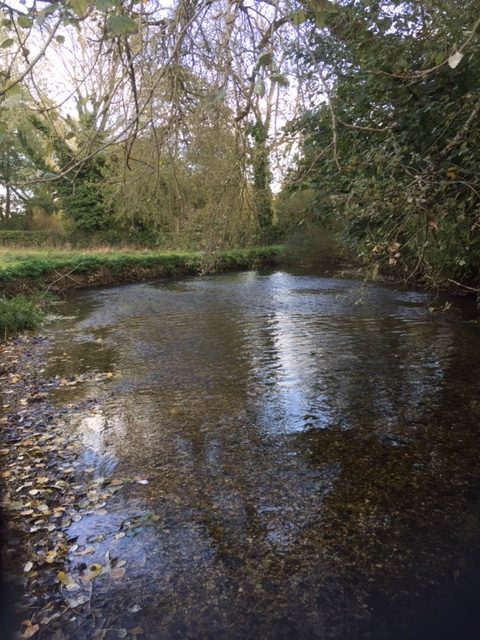 These words also felt full of energy and healing. I wonder if nature somehow feels the heartfelt (because sung or hummed) intent behind the words and responds accordingly.

Over the next 4 or 5 months we did a blessing ceremony for all the 5 rivers which flow through, and near to, Salisbury. 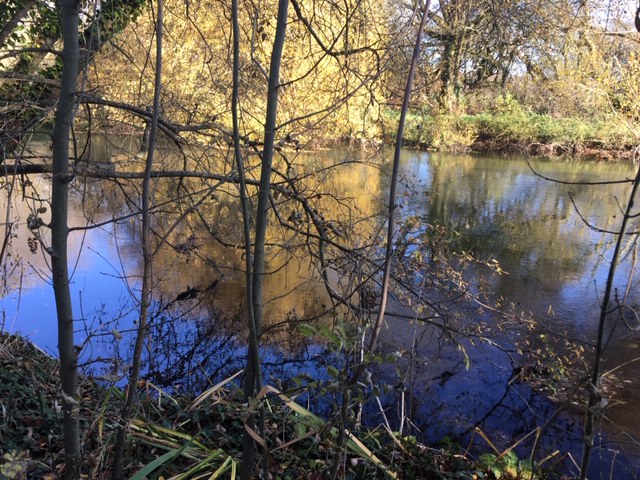 We were always greeted by little signs from Nature, a short light shower of rain at just the right moment, feathers, birds, even a little shield beetle, which has an image similar to a hares head (I was delighted, hares being an animal with which I have a special connection having had the privilege once to hand raise one 😊 ) 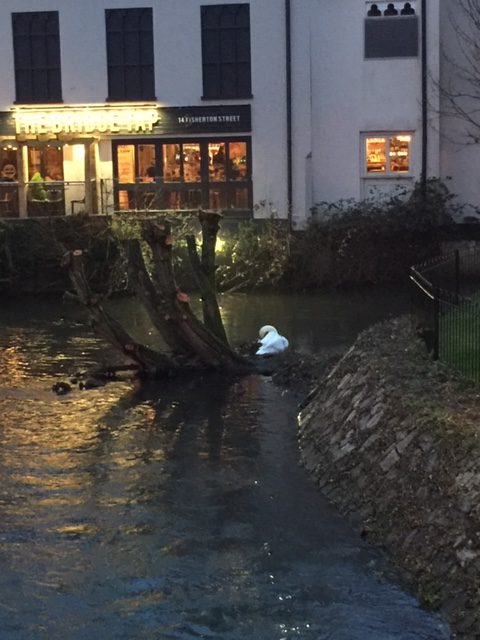 View of the Avon just past the Maltings by the Bishop’s Mill pub after casting the flowers from our Pilgrimage Weekend April 2019 to the river...all well

Then with the second trauma CV19 and the onset of Lockdown
I turned again to nature and the river. I made a daily early morning pilgrimage to the Avon, enjoying the freshness of spring, the clean and fragrant air and the magically quiet streets, where the only sound was birdsong. 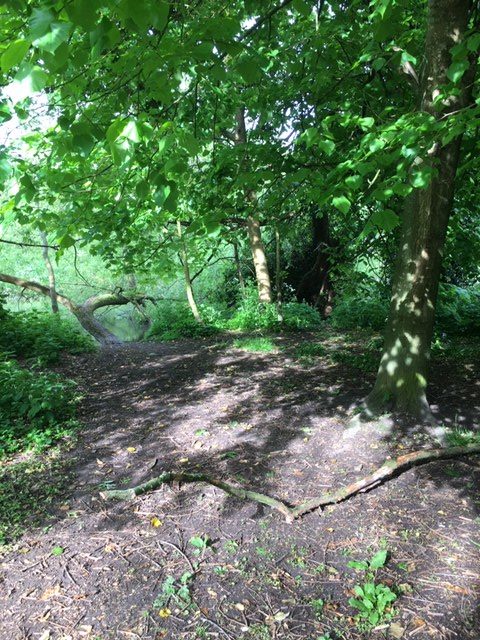 There was such a special atmosphere, like a cloud break in time, when everything was hanging suspended, present and alive and stirring with Life and lightness without humans and our noisy, polluting habits. Being faced with sudden social isolation for an unspecified period, I found these walks wonderfully nourishing and strengthening, as well as absolutely delightful. They were a tonic against another dark backdrop. Though alone, I felt connected with nature and the spirit of Life in all things.

On one occasion I found a branch across the entrance to my favourite access place to the river and felt this was a gatekeeper nudge and connection. 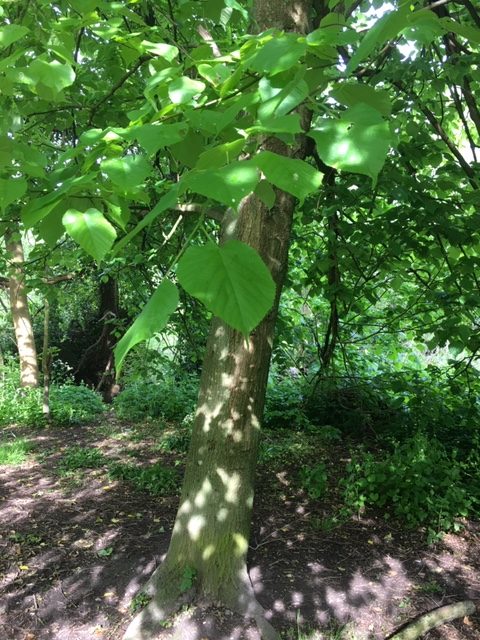 A playful and serious reminder to mindfully honour the spirit and guardian of the place and to thank the guardian lime tree, whose leaves I noticed became heart shaped when fresh and filled with water. During this period I also sang the Alonquin water song to the river, www.singthewatersong.com. Again, that song also feels vital, deeply connecting and healing - it is sung like a lullaby and means, Water is the life blood of our mother the earth. Water is the life’s blood of our own bodies. Interestingly science has very recently discovered that we do indeed have a network of miniscule waterway connections in our human bodies also... I wonder if perhaps these networks are the carriers of the vibration of heart song, swelling our hearts and bodies to fulness, like the leaf, as our spirits are uplifted and connected. 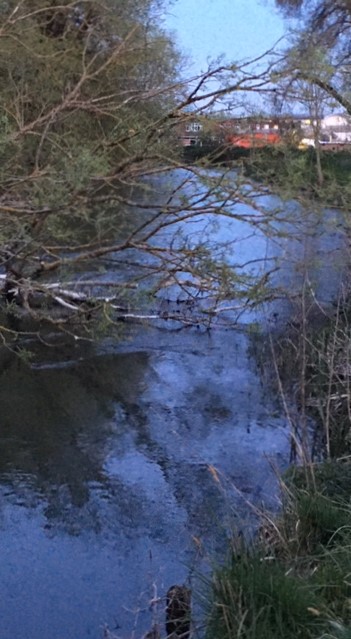 Over the Easter period I am not sure why, but I switched and went to the river at sunset and to the opposite bank. I turned the water in my bowl to form spontaneous fountains and sang my usual words. The following photos were taken on Easter Day, Ascension Day and Whitsunday....it’s lovely to feel that the spirit of Life, nurturing and healing is flowing on down to Salisbury Cathedral 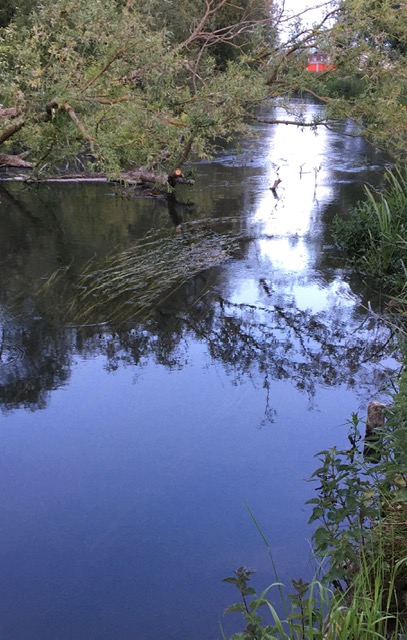 feeding her too in a special light and water way from the Avon as her tiny distributaries flow beneath her foundations, feeding her with many good things. 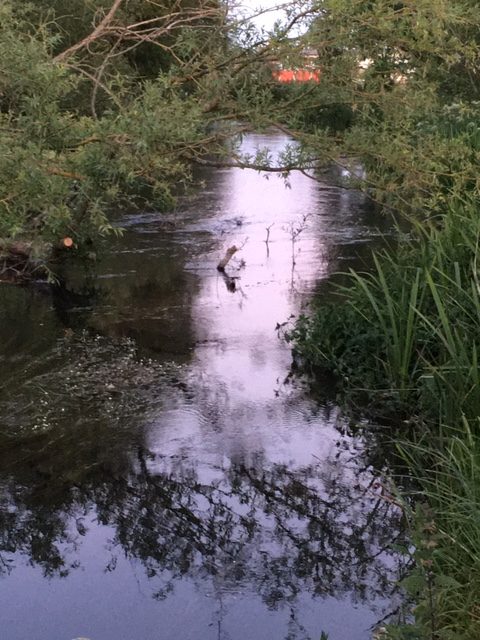